By now, you've probably at least heard of, if not watched, 13 Reasons Why, a series on Netflix that chronicles a set of tapes created by Hannah Baker to explain why she committed suicide. These tapes make it to our protagonist, Clay Jensen, a friend of Hannah's, and we learn about the events taking place prior to and after her suicide. It was a difficult series for me to watch - I had a cousin who committed suicide after his 30th birthday party, which coincidentally was also the day I graduated college. I awoke the next day to the news. A friend of mine who also experienced a family suicide mentioned that she was meaning to watch the show, and I passed on some trigger warnings for her. It's a difficult show to watch for anyone, but for people who have experienced firsthand the grief displayed by the characters of the show, especially Hannah's parents, it can bring back many conflicting emotions.

I do mean to sit down and write a review of the show. I think I need a little more distance, because I know I'm still feeling through many of emotions the show triggered. One thing the show has done is, it has started to get people talking about mental illness. In fact, that's what good art does - gets people thinking and talking about the human condition. In fact, two articles have crossed my path today, dealing with negative emotions more broadly and mental illness specifically.

The first is an interview with psychologist Susan David, whose book Emotional Agility deals with the importance of negative emotions, including in workplace settings. She argues that negative emotions should not be suppressed, because they can provide important information for the feeler and his/her coworkers:


A core part of emotional agility is the idea that our emotions are critical; they help us and our organizations. For example, if a person is upset that their idea was stolen at work, that’s a sign that they value fairness. Instead of being good or bad emotions, we should see emotions as containing useful data.

Our moods can provide us with important information - in fact, we refer to this in psychology as the "mood as information effect." If we realize we're in a negative mood, we analyze the situation to see what the cause could be. This mood is an indicator that something isn't right. Of course, Dr. David is going beyond mood as information and discussing how those emotions could inform others about what the person values. Further - and I'm sure she goes into this in her book - suppressing emotions can lead to thought suppression effects, where the suppressed emotions become stronger and more salient. The cognitive stress of suppressing would also make it more difficult for a person to do their job, especially jobs that require more critical thinking.

The other article deals with mental illness among artists, and asks whether pain is necessary to create great art:


Artists are masochists. We revel in the beauty of pain more than any other profession in the world. It's an experience we create for our viewers that is almost palpable. And it is in this experience that we connect to each other, creating everlasting bonds with our audience.

Some of the world's greatest artists have documented their own struggles with mental health. From depression and anxiety to a wide range of psychological disorders, these are all real themes that will always remain in art.

The article, written by artist Melody Nieves, who has struggled with depression herself, includes many great works of art, some familiar and some likely not, that deal with different aspects of mental illness and emotional pain: 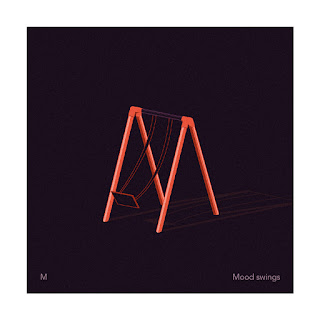