The Importance of Context, Confirmation Biases, and the Fundamental Attribution Error

Recently, a photo of a group of young women taking selfies at a ball game went viral. Not only did this become an online joke, it was used by some as more evidence of the younger generation as self-absorbed and vain.

However, a recent post on medium.com provided some important context for this picture. I won't repeat everything from the post here - you should definitely check it out at the link above - but in short, the girls, and everyone else in the audience, were asked to take selfies. They were just participating. After the public shaming of these young women, they were offered free tickets as an apology, which they instead asked to be donated to an organization that supports victims of domestic violence.

So that picture above? That's what classy ladies who also know how to have fun look like.

Why were people so quick to believe that these young women were acting out of vanity, not participation? One potential reason is because it confirms a stereotype we have about young people. This phenomenon is aptly called "confirmation bias" - we look for, and remember, evidence that confirms our expectations, and ignore or forget information that disconfirms our expectations. This is one reason that anecdotes are not useful evidence if you're trying to get at the truth of a phenomenon. You might be able to remember, for example, 20 times you observed women drive poorly, but fail to remember the 20 times you observed men drive poorly. (And as I've blogged before, memory can be very biased.)

Another reason, which could occur in concert with confirmation bias, is the fundamental attribution error (or FAE, because damn, is that a really long name). FAE is based on in-group-out-group theories; our in-group is made up of people like ourselves and our out-group is made up of everyone else. How we define that group at a given moment depends on context - it could be gender, race, age group, education level - and research suggests that we begin grouping people as "like us" and "unlike us" based on some pretty arbitrary information: what team you were randomly assigned to, whether someone picked the same painting from two options, etc.

For those who love learning psychological terms to impress your friends expand your knowledge, we call this latter concept the "minimal group paradigm."

When we saw these young women taking selfies at the ball game, many of us attributed it to their personalities - they're vain. No one stopped to consider that maybe there was a situational explanation. Then medium.com came along and demonstrated that there was a situational explanation. And we all felt like assholes said, "if I'd known that information when I saw the picture, I wouldn't have been so quick to judge." Because we're good people. It was the situation. (See how pervasive the FAE is? Hey, I have a PhD in social psychology and I did the same thing.)

Contextually yours,
~Sara
by Sara at 12:43 PM No comments: 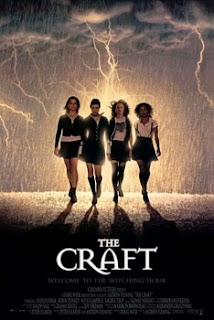