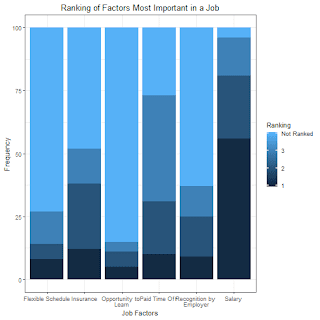 Based on this chart, we can see the top factor is Salary. Insurance is slightly more important than paid time off, but these are definitely the top 2 and 3 factors. Recognition wasn't ranked by most people, but those who did considered it their #2 factor; ditto for flexible scheduling at #3. Opportunity to learn didn't make the top 3 for most respondents.
by Sara at 8:00 AM 5 comments:

Via Not Awful and Boring, this reddit post discusses a really cool natural graph, measuring the amount of sunlight per day, created with a tree and a magnifying glass: 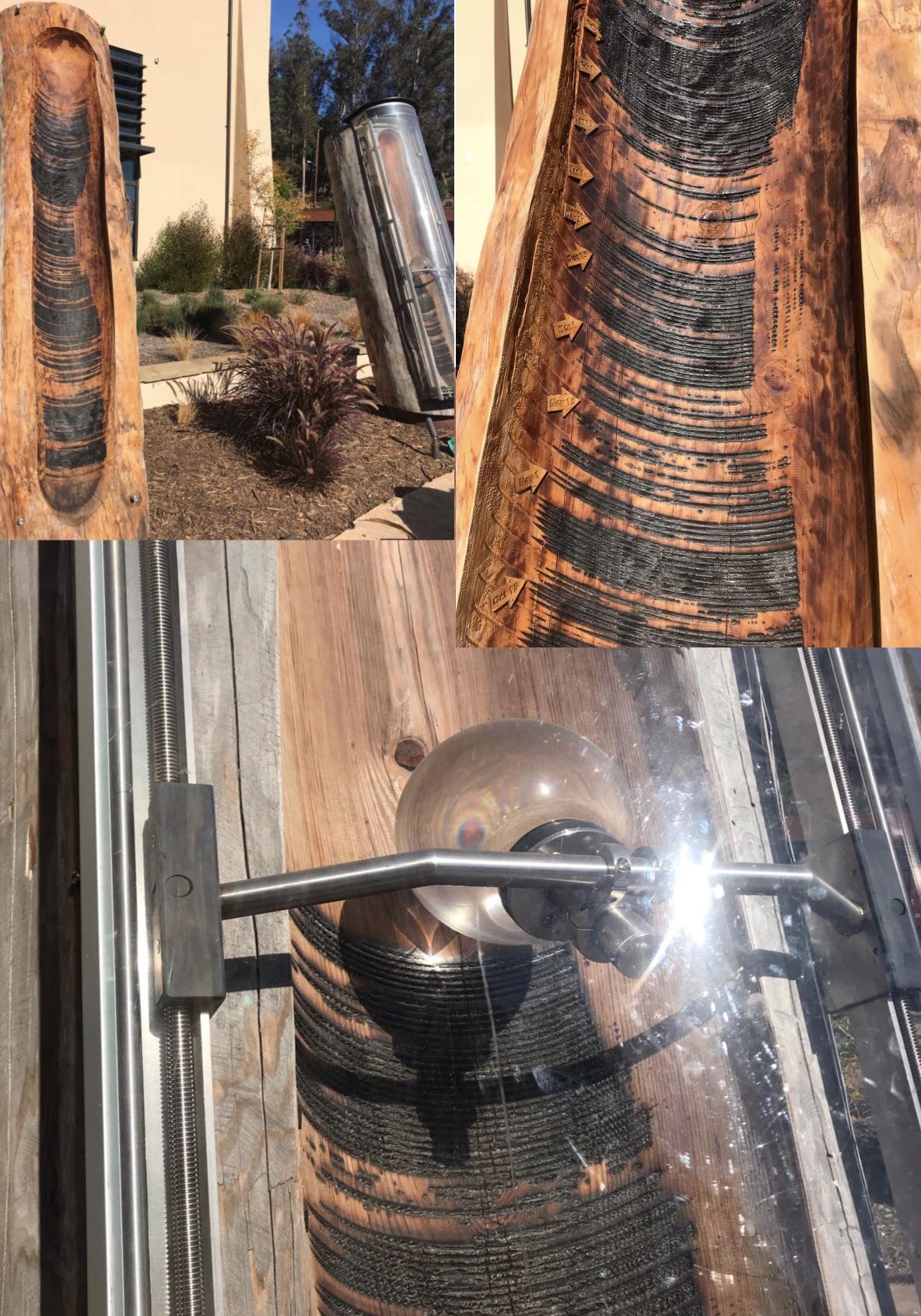 Apparently, this device is a Campbell-Stokes recorder.
by Sara at 1:48 PM No comments:

Wow, it's been way too long since I've posted anything! Lots of life changes recently, including moving to a new place and fighting with Comcast to get internet there. I still need to set up my office, and I plan on doing lots of writing in my new dedicated space. I'm planning on more statistics posts and a few more surprises this year.

Work has also been busy. At the moment:


Once I get through some of the most pressing project work, I'm going to take some of my work time to teach myself data forensics as it applies to the testing. In fact, this book has been on my to-read shelf since my annual employee evaluation back in November. Look for blog posts on that!
by Sara at 1:33 PM No comments: