Trump released his first budget, which FiveThirtyEight observes is built on fantasy:


President Trump’s first budget, released Tuesday, is not going to become law. First, because presidents’ budgets never become law, not the way they’re initially proposed. And second, because the specifics of Trump’s fiscal 2018 budget — enormous cuts to nearly every significant government program other than defense, Social Security and Medicare in order to pay for huge tax cuts that would go disproportionately to the wealthy — seem designed to alienate not just Democrats (at least a few of whom Trump needs to get his budget through the Senate) but also moderate Republicans and the public at large. Trump likely knows this; the White House released the budget while he is thousands of miles away on his first foreign trip as president. 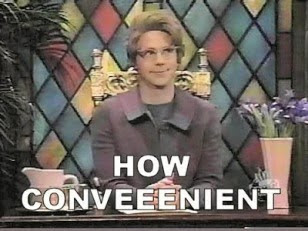 The fantastical part of his budget? He's basing it accelerating economic growth, up to 3% by 2021. This is much higher than estimates from the Congressional Budget Office (1.9%), the Federal Reserve (1.8%), and what was observed last year (1.6%). There are also countless threats to economic growth, including limits on immigration and the retirements of baby boomers. Productivity is also slowing down and no one knows why, making it difficult to predict what the economy will look like.

The response from the White House is basically chiding the Obama administration for being so pessimistic about the nation's economic growth, and faith that we can obtain 3% growth. Hope and faith is important, but not to build a budget upon.
by Sara at 1:00 PM

Email ThisBlogThis!Share to TwitterShare to FacebookShare to Pinterest
Labels: politics