The Truth, The Whole Truth, and Nothing But the Truth

Today has been dubbed the "Day of Facts," and people and organizations around the world are participating:


A relevant fact is a powerful thing. In that spirit, Friday, Feb. 17, has been dubbed the “Day of Facts” and 270 cultural institutions in the United States and 13 other countries have signed up to use Twitter, Facebook and other social media to share important facts.

“The idea is for libraries and museums and archives across the country and around the world to post mission-related content as a way of reassuring the public that, as institutions, we remain trusted sources of knowledge,” said Alex Teller, director of communications at the Newberry Library. “It reflects recognition among a number of different institutions that while our missions haven’t changed, they’ve taken on a new significance in an era of alternative facts.”

Here's one of the contributions from Robert Martin, emeritus curator of the Integrative Research Center at the Field Museum: 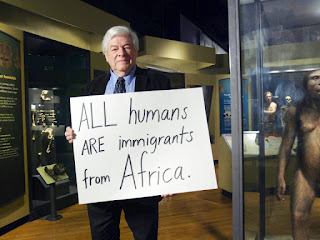 Obviously, spreading misinformation is bad, and we should always strive to only share things that are true, but as we know, that doesn't always happen. The problem is that, even people with the best of intentions, who repeat the misinformation in order to correct it and offer the truth, can still misinform people. People will often remember things they read, but not necessarily the source, and occasionally, if they read something that repeats a myth (stating explicitly that it's a myth), people will sometimes just remember that portion. So they walk away from an article intended to dispel that myth with a stronger belief that it is true. This results in misinformation continuing to be spread. I know I've done the same thing even here on this blog, and it pains me to think anyone would walk away from something I wrote with only the falsehood. So here's a list of psychology myths rewritten as facts:
For more of today's activities, check out the Day of Facts hashtag on Twitter.
by Sara at 10:47 AM