Statistical Sins: Hidden Trends and the Downfall of Sears

Without going into too much details, it's been a rough week, so I haven't really been blogging much. But today, I made myself sit down and start thinking about what statistical sin to talk about this week. There were many potential topics. In fact, the recent events in Las Vegas has resulted in a great deal of writing about various analyses, trying to determine whether or not shootings are preventable - specifically by assessing what impact various gun laws have had on the occurrence of these events. Obviously this is a difficult thing to study statistically because these types of shootings are still, in the relative sense, rare, and a classical statistics approach is unlikely to uncover many potential predictors with so little variance to partition. (A Bayesian approach would probably be better.) I may write more on this in the future, but I'll admit I don't have the bandwidth at the moment to deal with such a heavy subject.

So instead, I'll write about a topic my friend over at The Daily Parker also covers pretty frequently: the slow death of Sears. You see, Sears made some really great moves by examining the statistics, but also made some really bad moves by failing to look at the statistics and use the data-drive approaches that allowed its competitors to thrive.

The recession following World War I, combined with an increase in chain stores, threatened Sears's mail order business. It was General Robert Wood, who was incredibly knowledgeable about the U.S. Census and Statistical Abstract, that put Sears back on track by urging them to open brick-and-mortar stores. By the mid-20th century, Sears revenue accounted for 1 percent of U.S. GDP.

But then the market shifted again in the 1970s and 80s, and the decisions Sears made at this time paved the way for its downfall, at least according to Daniel Raff and Peter Temin. As Derek Thompson of CityLab summarizes their insightful essay:


Eager to become America’s largest brokerage, and perhaps even America’s largest community bank, Sears bought the real-estate company Coldwell Banker and the brokerage firm Dean Witter. It was a weird marriage. As the financial companies thrived nationally, their Sears locations suffered from the start. Buying car parts and then insuring them against future damage makes sense. But buying a four-speed washer-dryer and then celebrating with an in-store purchase of some junk bonds? No, that did not make sense.

But the problem with the Coldwell Banker and Dean Winter acquisitions wasn’t that they flopped. It was that their off-site locations didn’t flop—instead, their moderate success disguised the deterioration of Sears’s core business at a time when several competitors were starting to gain footholds in the market.

The largest competitor was Walmart, which not only offered cheap goods, it used data-driven approaches to ensure shelves were stocked with products most likely to sell, and that inventory was determined entirely by those figures. Sears was instead asking local managers to report trends back to headquarters.

As I commented almost exactly 6 years ago (what are the odds of that?), using "big data" to understand the customer is becoming the norm. Businesses unwilling to do this are not going to last.

Sears, sadly, is not going to survive. But Derek Thompson has some advice for Amazon, which he considers today's counterpart for yesterday's Sears.


First, retail is in a state of perpetual metamorphosis. People are constantly seeking more convenient ways of buying stuff, and they are surprisingly willing to embrace new modes of shopping. As a result, companies can’t rely on a strong Lindy Effect in retail, where past success predicts future earnings. They have to be in a state of constant learning.

Second, even large technological advantages for retailers are fleeting. Sears was the logistics king of the middle of the 20th century. But by the 1980s and 1990s, it was woefully behind the IT systems that made Walmart cheaper and more efficient. Today, Amazon now finds itself in a race with Walmart and smaller online-first retailers. Amazon shows few signs of technological complacency, but the company is still only in its early 20s; Sears was overtaken after it had been around for about a century.

Third, there is no strategic replacement for being obsessed with people and their behavior. Walmart didn’t overtake Sears merely because its technology was more sophisticated; it beat Sears because its technology allowed the company to respond more quickly to shifting consumer demands, even at a store-by-store level. When General Robert Wood made the determination to add brick-and-mortar stores to Sears’s mail-order business, his decision wasn’t driven by the pursuit of grandeur, but rather by an obsession with statistics that showed Americans migrating into cities and suburbs inside the next big shopping technology—cars.

Finally, adding more businesses is not the same as building a better business. When Sears added general merchandise to watches, it thrived. When it added cars and even mobile homes to its famous catalogue, it thrived. When it sold auto insurance along with its car parts, it thrived. But then it chased after the 1980s Wall Street boom by absorbing real-estate and brokerage firms. These acquisitions weren’t flops. Far worse, they were ostensibly successful mergers that took management’s eye off the bigger issue: Walmart was crushing Sears in its core business. Amazon should be wary of letting its expansive ambitions distract from its core mission—to serve busy shoppers with unrivaled choice, price, and delivery speed. 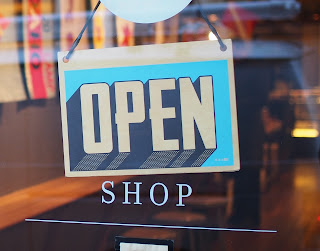