Reviewer 2 Could Be Anybody

We all dread getting reviewer 2 on our research articles and grant proposals. Now imagine a world where anyone with an ax to grind could be reviewer 2. Rand Paul wants us to live in that world:


Senate Republicans have launched a new attack on peer review by proposing changes to how the U.S. government funds basic research.

New legislation introduced this week by Senator Rand Paul (R–KY) would fundamentally alter how grant proposals are reviewed at every federal agency by adding public members with no expertise in the research being vetted. The bill (S.1973) would eliminate the current in-house watchdog office within the National Science Foundation (NSF) in Alexandria, Virginia, and replace it with an entity that would randomly examine proposals chosen for funding to make sure the research will “deliver value to the taxpayer.” The legislation also calls for all federal grant applications to be made public.

Paul’s proposed solution starts with adding two members who have no vested interest in the proposed research to every federal panel that reviews grant applications. One would be an “expert … in a field unrelated to the research” being proposed, according to the bill. Their presence, Paul explained, would add an independent voice capable of judging which fields are most worthy of funding. The second addition would be a “taxpayer advocate,” someone who Paul says can weigh the value of the research to society.

I mean, we can give him the benefit of the doubt, since we know the Republicans have no idea what happens when they put someone with zero experience into power.</sarcasm>

I've already commented on how incredibly dangerous it is to allow political parties to serve as gatekeepers to education and the media. Now imagine they also serve as gatekeepers of what scientific research is acceptable. And it easily opens the door to grant decisions that are entirely politically motivated, by giving this new office full veto power. That is, with a flick of a pen, it can overrule any decision made by this committee.

Are you scared yet? 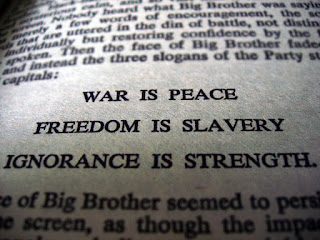