On Victim Blaming, Trust, and the "Me Too" Movement

Yesterday, I finally participated in the "me too" movement, sharing mostly the aftermath of an event from my childhood. It's sad how many people in my life have shared their own "me too" story, and how many of them come from people experiencing a "me too" moment multiple times. In addition to sharing their stories, some have shared their thoughts on the movement in general, and whether (for example) using the same tag for both harassment and assault somehow lessens the experience of survivors. For instance, Kaitlyn Buss writes:


[S]exual harassment and sexual assault are very different things. Even with Harvey Weinstein’s reported abuses, most of the accounts describe uncomfortable advances that women were mostly able to reject.

Conflating harassment and assault insults those who have actually been sexually assaulted. It cheapens the trauma they’ve endured.

But I was a victim of repeated sexual assault as a 4-year-old. I’m someone who should feel empowered by the recent wave of attention. Instead, it feels empty.

Harassment involves words and innuendo. It’s uncomfortable and unfair, and can certainly affect career mobility — as Hollywood’s leading women have now decided to emphasize. But it can be rebutted. It typically doesn’t involve violence or physical force. It takes place on street corners, in offices, bars, movie studios and pretty much anywhere people interact.

Assault, on the other hand, is one of the most brutal experiences a person can endure — at any age and in any situation.

I'll admit, when I first saw the "me too" stories, I was initially frustrated for many of the same reasons Buss highlights. Not because I was disappointed that all these women hadn't experienced an assault - this is something I would never wish on anyone, even my worst enemy - but because I worried that wouldn't understand why my experience of a lewd comment or tasteless joke was so different. Why a street harasser might be an annoying inconvenience for some, but an event that triggers symptoms of years of undiagnosed PTSD for others.

At the same time, the point is not who has had the worse experience. It isn't a competition. What happened to me was horrible. But worse things have happened to thousands of others. Making people justify why their experience is worse than others is nothing more than thinly veiled victim blaming. It's forcing men and women to explain why their experience was most egregious, which usually translates to least preventable and therefore, not the victim's fault. But regardless of what the victim was wearing, consuming, saying, or doing, it isn't the victim's fault that another person took away their autonomy.

And others point out, sexual harassment is a part of rape culture. If we normalize that, it becomes more and more difficult to draw the line between innocuous and offensive. Instead of empowering women that they don't have to stand for that treatment, we're empowering abusers to keep pushing the line until it ultimately breaks.

In light of the movement, a post from 2014 is making the rounds again: Men Just Don't Trust Women. And This is a Problem by Damon Young. I highly encourage you to read the whole thing, but here's one section that really struck me:


The theme that women’s feelings aren’t really to be trusted by men drives (an estimated) 72.81% of the sitcoms we watch, 31.2% of the books we read, and 98.9% of the conversations men have with other men about the women in their lives. Basically, women are crazy, and we are not. Although many women seem to be very annoyed by it, it’s generally depicted as one of those cute and innocuous differences between the sexes.

And perhaps it would be, if it were limited to feelings about the dishes or taking out the garbage. But, this distrust can be pervasive, spreading to a general skepticism about the truthfulness of their own accounts of their own experiences. If women’s feelings aren’t really to be trusted, then naturally their recollections of certain things that have happened to them aren’t really to be trusted either.

This is part of the reason why it took an entire high school football team full of women for some of us to finally just consider that Bill Cosby might not be Cliff Huxtable. It’s how, despite hearing complaints about it from girlfriends, homegirls, cousins, wives, and classmates, so many of us refused to believe how serious street harassment can be until we saw it with our own eyes. It’s why we needed to see actual video evidence before believing the things women had been saying for years about R. Kelly. 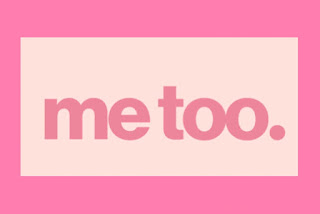