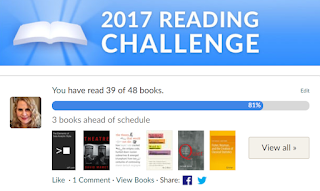 This morning, I started Never Let Me Go by Kazuo Ishiguro, which was highly recommended by a friend. Yesterday, that same friend let me know that Kazuo Ishiguro is being awarded the Nobel Prize in Literature:


Mr. Ishiguro, 62, is best known for his novels “The Remains of the Day,” about a butler serving an English lord in the years leading up to World War II, and “Never Let Me Go,” a melancholy dystopian love story set in a British boarding school. He has obsessively returned to the same themes in his work, including the fallibility of memory, mortality and the porous nature of time. His body of work stands out for his inventive subversion of literary genres, his acute sense of place and his masterly parsing of the British class system.

“If you mix Jane Austen and Franz Kafka then you have Kazuo Ishiguro in a nutshell, but you have to add a little bit of Marcel Proust into the mix,” said Sara Danius, the permanent secretary of the Swedish Academy.

At a news conference at his London publisher’s office on Thursday, Mr. Ishiguro was characteristically self-effacing, saying that the award was a genuine shock. “If I had even a suspicion, I would have washed my hair this morning,” he said.

He added that when he thinks of “all the great writers living at this time who haven’t won this prize, I feel slightly like an impostor.”

BTW, I just added a Goodreads widget to my blog to show what I'm currently reading.
by Sara at 11:19 AM