Last year, I shared a post to help you get started with R and R Studio - check it out here. As I install R on yet another computer, it occurred to me that now might be a good time to blog about the R packages I use so often, installing them is usually my first step right after installing R and R Studio.

Whenever you install R, you'll get the base package, which has many built-in statistics, and some additional libraries. Libraries add functionality to R - you install and load a library to have access to its built-in functions. These libraries/packages are written and contributed by users - some by individuals, some organizations or universities, and some collaborations among users and/or organizations. If you navigate over to the Comprehensive R Archive Network (CRAN) website, you'll find that there are currently 12,133 packages available. There are R packages to do just about anything, and often more than one for any particular statistical approach.

You don't need all of them of course, and may not have any need for most of them. And the packages I use for my own work are likely to be very different from the ones you would need. But my goal for today is to show you the R packages that I think are either universally useful for statisticians, or are just so good, I have to share them with others.


You can install any of these libraries with install.packages("libraryname") and load a package for use with library("libraryname"). While it's completely fine to have multiple libraries loaded at once, remember that some libraries may use the same function name. R will give the most recently loaded library precedence when functions exist in more than one - and it will let you know when you've loaded a library what functions are now masked from the other loaded libraries.

I tend to measure my productivity by how many R packages I installed that day, so I'm always exploring and learning new approaches and installing new packages. Hopefully I'll do another post like this in the future where I blog about new packages I'm loving.

Sound off, readers - what are your favorite R packages? 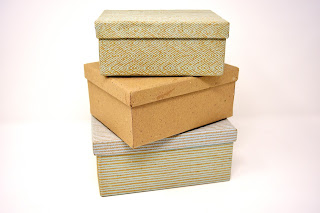