Correlation does not imply causation. You've probably heard that many times - including from me. When we have a correlation between variable A and variable B, it could be that A caused B, B caused A, or another variable C causes both. A famous example is the correlation between ice cream sales and murder rates. Does ice cream make people commit murder? Does committing  murder make people crave ice cream? Or could it be that warm weather causes both? (Hint: It's that last one.)

The problem is that when people see a correlation between two things, and get confused about causality, they may intervene to change one thing in the hopes of changing the other. But that's not how it works. For a comedic example, this Saturday Morning Breakfast Cereal comic: 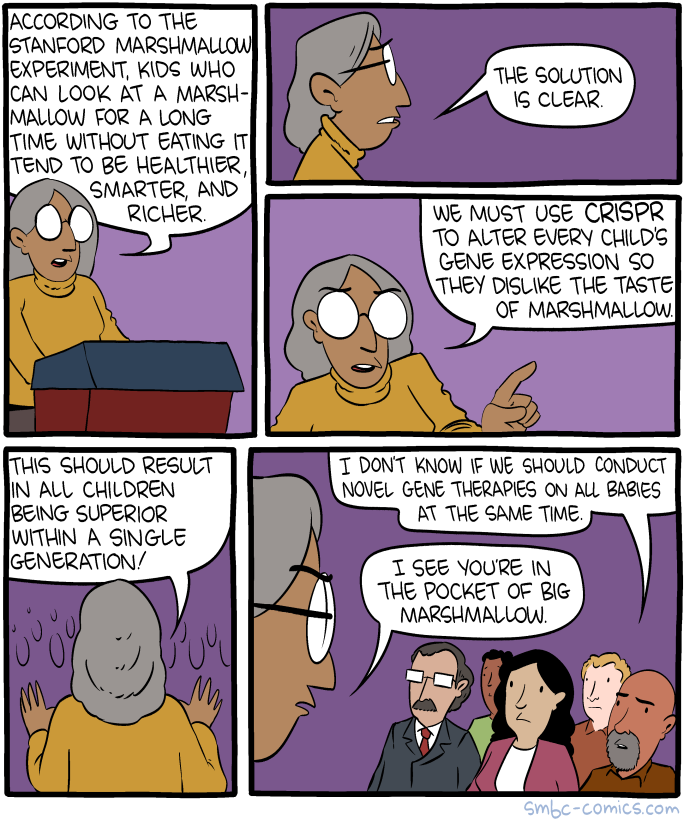 The cartoon references the famous Stanford "Marshmallow Study," which examined whether children could delay gratification. If you'd like to learn even more, the principal investigator, Walter Mischel, wrote a book about it.
by Sara at 1:11 PM