Great Minds in Statistics: F.N. David versus the Patriarchy

Happy 108th birthday to Florence Nightingale David! F.N. David, as she is often known, was a British statistician, combinatorialist, author, and general mathematical bad ass who regularly took on the patriarchy's "This is a man's world" nonsense. 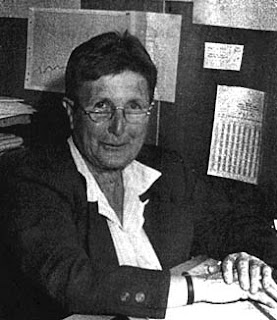 She was named after family friend - and self-taught statistician - Florence Nightingale. She took to math at a very early age and wanted to become an actuary. After completing her degree in mathematics in 1931, she applied for a career fellowship at an insurance firm, but was turned down. When she inquired why she was told that, despite being the most qualified candidate, she was a woman and they only hired men. In fact, she was told by many people who turned her down for a job that they didn't have any bathroom facilities for women and that was used as a reason they couldn't hire her.

But in 1933, she was offered a job and a scholarship at University College in London, where she would study with Karl Pearson. In fact, the way she got this opportunity is pretty awesome:


I was passing University College and I crashed my way in to see Karl Pearson. Somebody had told me about him, that he had done some actuarial work. I suppose it was just luck I happened to be there. Curious how fate takes one, you know. We hit it off rather well, and he was kind to me. Incidentally, he's the only person I've ever been afraid of all my life. He was terrifying, but he was very kind. He asked me what I'd done and I told him. And he asked me if I had any scholarship and I said yes, I had. He said, "You'd better come here and I'll get your scholarship renewed," which he did.

She worked for Pearson as a computer - literally. Her job was to generate the tables to go along with his correlation coefficient, a job that involved conducting complicated (and repetitive) analyses using a Brunsviga hand-crank mechanical calculator: 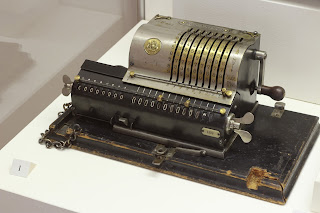 In her interview, linked above, she estimates she pulled that crank 2 million times.

Because she found Pearson - or the "old man" as she referred to him - terrifying, she was incapable of telling him no:


On one occasion he was going home and I was going home, and he said to me, "Oh you might have a look at the elliptic integral tonight, we shall want it tomorrow." And I hadn't the nerve to tell him that I was going off with a boyfriend to the Chelsea Arts Ball. So I went to the Arts Ball and came home at 4-5 in the morning, had a bath, went to University and then had it ready when he came in at 9. One's silly when one's young.

He also would apparently become very upset if she jammed the Brunsviga, so she often wouldn't tell him it was jammed, instead unjamming it herself with a long pair of knitting needles.

After K. Pearson retired, she worked with Jerzy Neyman (who you can find out more about in my post on Egon Pearson, but look for a post on Neyman in the future!), who encouraged her to submit her 4 most recent publications as her PhD dissertation. She was awarded her doctorate in 1938.

During World War II, she assisted with the war effort as experimental officer and senior statistician for the Research and Experiments Department. She served as a member on multiple advisory councils and committees, and was scientific adviser on mines for the Military Experimental Establishment. She created statistical models to predict the consequences of bombings, which provided valuable information on directing resources, and kept vital services going even as London was experiencing bombings. She later said that the war gave women an opportunity to contribute and believes the conditions for women improved because of it.

She returned to University College in London after the war, first as a lecturer, then as a professor. Of course, that didn't change the fact that she was not allowed to join the school's scientific society because it only accepted men. So, she founded a scientific society of her own, that would accept both men and women. They invited many young scientists and apparently irked the "old rednecks" as a result.

In the 1960s, she wrote a book on the history of probability, Games, Gods, and Gambling - I just ordered a copy this morning, so stay tuned for a review! In the late 1960s, she moved to California, where she became a Professor and - shortly thereafter - Chair in the Department of Statistics at the University of California Riverside.

In 2001, the Committee of Presidents of Statistical Societies and Caucus for Women in Statistics created an award in F.N. David's name, awarded every years to a woman who exemplifies David's contributions to research, leadership, education, and service.

There's certainly a lot more to Florence Nightingale David than what I included in this post. I highly recommend reading the conversation with her linked above. She also receives some attention in The Lady Tasting Tea. For now, I'll close with a great quote from the linked interview. She commented that being influential is not her job in life. When asked what is her job in life, she said, "To ask questions and try to find the answers, I think."