O is for Obedience to Authority

The events during the Holocaust left many people wondering why and how so many people went along with the systematic murder of millions of people. This deplorable event in our world history inspired many scholars and researchers to fully understand why so many people participated and, hopefully with that knowledge, prevent it from ever happening again. One of these researchers was Stanley Milgram, who conducted groundbreaking and highly controversial research on obedience to authority. His studies are standard reading in most introductory psychology courses, and his findings are still surprising (I started to type the word shocking, and realized that would be a very bad pun) even today.

Milgram started with a basic study, which he built upon over time to better understand the concepts involved. In the basic study, participants were recruited through newspaper advertisements, to participate in a study on memory. Though they wanted people from all walks of life (everything from white-collar workers and professionals to laborers and construction workers), they initially only recruited men.

Participants arrived at Yale University to meet another participant, who was actually an actor working for the researchers (in research methodology, we refer to a person pretending to be a participant, but actually part of the study team, as a confederate). The participant and confederate draw slips of paper to determine who will be the Teacher and who will be the Student; the drawing was rigged so that the real participant always received the role of Teacher.

The Student was then strapped into a machine that would deliver electric shocks, and the Teacher was taken to another room with a board that allowed him to deliver shocks to the Student. The experimenter was also in the room with the Teacher, giving commands as needed to keep the study going. The Student let both the experimenter and Teacher know he had a heart condition, and the experimenter responded by stating the shocks were painful, but not dangerous. The Teacher received a sample shock of 45 volts. 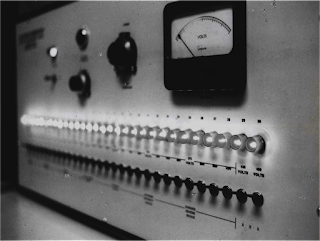 For the study, the Teacher read the Student a series of word pairs. Then, during the testing stage, the Teacher would read one of the words from the pairs, followed by four words: one was the other part of the pair, and the rest were distractor words. The Student had to select the correct answer by pressing a button from his room. If the Student gave the wrong answer, the Teacher delivered a shock, beginning with the lowest setting for the first wrong answer, and moving up the board for each subsequent wrong answer.

As the Teacher delivered shocks, he would become more and more uncomfortable with the Student's painful responses (which began around 75 volts, turned into demands to stop the study at 150 volts, and became screams of agony around 270 volts). The experimenter would keep the Teacher on task, ordering him to continue with the study. At 330 volts, the Student stopped responding completely, and the experimenter would be there to tell the Teacher that nonresponse should be treated like a wrong answer. The Teacher has no idea whether the Student is simply refusing to respond, or is unconscious or worse.

As you might have guessed, this was not a study of memory or learning. The Student is a confederate, trained to respond in the same way with each real participant (Teacher). In fact, the Student's painful cries were prerecorded, so they would sound the same each time. What Milgram was actually studying was obedience; would the Teacher continue to shock the Student - who is not only clearly in pain, but has a heart condition - simply because the experimenter told him to?

But Milgram knew it would be higher than that. And he was right. In this first study, 65% of participants delivered the maximum voltage. And no one stopped participating as Teacher before reaching 300 volts on the board.

Milgram wrote the results of his various studies in a book, Obedience to Authority, which I highly recommend. 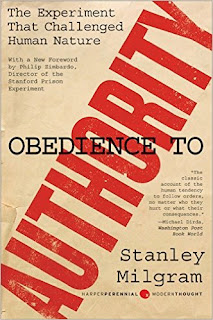 This is the research for which Milgram is best known, though he also contributed many other highly influential ideas. I just discovered that Magnolia Pictures made a movie about Milgram, with a great deal of attention paid to his obedience research: