This is Your Brain on Loneliness

During Blogging A to Z, I talked about parasocial relationships, which refers to our tendency to form social connections with people we haven't met but feel we know, such as through the media. Humans are social creatures, and feeling a sense of connection to others is important. In the absence of real connections, we may form false connections to stay mentally healthy and feel a sense of belonging. 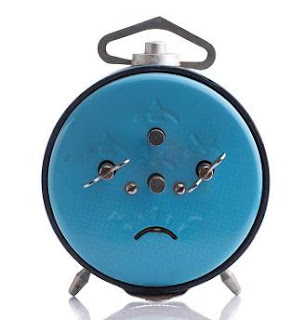 Bartz, Tchalova, and Fenerci replicated this study, and extended it. Participants completed a series of questionnaires on loneliness, self-esteem, and sense of belonging. The researchers also randomly assigned people to think about a certain type of relationship prior to completing the study:

In the close-relationship-prime condition, we used a well-validated priming procedure from the attachment literature (Baldwin, Keelan, Fehr, Enns, & Koh-Rangarajoo, 1996; Bartz & Lydon, 2004). Participants were asked to recall an “important” and “meaningful” relationship.

Participants were then asked to list six traits that described the person they had in mind. To augment the priming effects, we had participants undergo a brief guided visualization in which they were asked to get a visual image of the person in their minds and remember a time they were actually with the person; prompts included: “What would he or she say to you?” “What would you say in return?” “How do you feel when you are with this person?” and “How would you feel if they were here with you now?” Finally, participants were asked to write a few sentences about their thoughts and feelings regarding themselves in relation to this person.

The control-relationship-prime condition was very similar to the close-relationship-prime condition; however, rather than thinking of a close, supportive other, participants were instructed to recall an acquaintance, defined as “a person you know casually but not someone you would consider to be a close friend . . . someone you sometimes interact with but not someone you know particularly well or someone that you would confide in or turn to for help.”


This observation provides experimental evidence that anthropomorphism arises from an unmet need for social connection (and when people meet this need, anthropomorphism can be reduced). Although anthropomorphism is one of the more creative ways people try to meet belonging needs, it is nevertheless difficult to have a relationship with an inanimate object. Reliance on such a compensatory strategy could permit disconnected people to delay the riskier—but potentially more rewarding—steps of forging new relationships with real people. These findings highlight a simple strategy that could help get lonely people on the road to reconnection.