With Liberty and Justice For All

One of my favorite topics in social psychology is justice, or rather, how individuals determine whether something is just or fair. I did one of my candidacy exams in grad school on justice, citing work on, for instance, belief in a just world and Norman Finkel's contribution of commonsense justice. The various justice frameworks certainly influence how I perceive interactions with others, and I often remind myself of these different approaches anytime the phrase "not fair" enters my mind.

As I mentioned in a previous post, there are 2-3 overarching frameworks (depending on who you ask): distributive justice (which deals with the different types of distributions of outcomes believed to be fair), procedural justice (which states that, as long as the process is fair, the outcome is believed to be fair), and (the potential third) interactional justice (which is sort of an extension of procedural justice, with some attention to distribution of outcomes). Of these, procedural justice is arguably what most political processes are based upon. By clearly delineating the process through which decisions (such as elections) are made, and by ensuring those procedures are followed, we can be confident that the outcome of that process is just.

The current election cycle has had an underlying subtheme of justice since the very beginning, especially with regard to a certain political candidate. Earlier this year, a New York Times article discussed Trump as the Anti-PC Vote; that is, he appeals to people who believe that political correctness is hurting America, forcing the majority to submit to the will of the minority. Trump gives his supporters (which polls suggest are predominantly men) an outlet for their "mad as hell and not going to take it anymore" feelings and a perceived opportunity to take back their country. Trump heightens these feelings, through in-group/out-group tactics - othering and scapegoating - paradoxically blaming minority groups for their own suffering while also blaming them for making the majority group suffer. I say paradoxically because in order to do both, they have to be both powerless and powerful.

But one part of Trump's rhetoric is especially related to the concept of justice: he has stated on multiple occasions that he will only trust the outcome of the election if he wins:


As Trump has fallen in the polls, he has said that the electoral system is rigged against him and that rampant voter fraud could rob him of votes, even though documented cases of such fraud are rare. Trump said Thursday that undocumented immigrants are illegally voting in elections, even though only U.S. citizens are allowed to register to vote, and that Democrats are voting on behalf of people who have died, even though most jurisdictions regularly update their voter rolls.

This is a frightening notion - not just because the thought of a Trump presidency scares the sh*t out of me. He is making a mockery of our system, inciting further division and uproar among his supporters, that will carry long past Election Day. He is giving his followers license to distrust any process that doesn't deliver the outcome they want, promoting circular reasoning over critical thinking skills. And he is furthering sexism by insinuating that the only way a woman could win the presidency (or really any contest against a man) is by cheating.

Of the different justice frameworks, Trump's seems most like distributive justice. In distributive justice, there are three distribution rules that can be applied: equality, in which each party receives an equal share; equity (also sometimes known as merit), where an individual party’s share is based on the amount of input from that party; and need, where share is based on whether the party has a deficit or has been slighted in some other distribution. Trump's approach, however, does not fall cleanly in one of these rules. It's sort of equity/merit, where his estimation of input is subjective and egocentric, but also a perversion of need, because he's convinced himself (and his followers) that the system is rigged and his win will reverse some of that. And who has rigged the system?


"I think that the media and the Clintons and Obama have all rigged the system and they're trying to make us all believe that she's the winner."

So, among others, they are Obama (his stand-in for scapegoating the entire African-American community) and Clinton (his stand-in for scapegoating women). In fact, the news that Clinton would win if only women voted led many of Trump's followers to proclaim we should "repeal the 19th amendment." Yes, it seems his idea (and his followers' idea) of making America great again is taking it back to a time when only white men could vote. 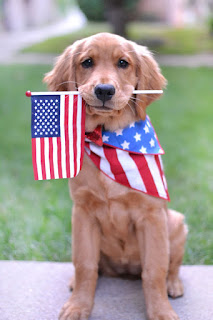