Being a psychologist, I've had many people speak to me about Trump and his potential psychological diagnoses. Though I remind people I'm a social psychologist (focused on studying behavior and not trained in therapy or diagnosis), I also know that trained clinical psychologists and other mental health professionals are also hesitant to offer their opinions on Trump's mental health. Psychiatrist Mark Goldenberg shares why:


I’m not supposed to answer that question. To underline that point, the American Psychiatric Assn. issued a statement this month reminding its physician members, myself included, to avoid psychoanalyzing the presidential candidates.

That ethical standard has been in place for decades. In 1964, thousands of psychiatrists, in response to a magazine survey, openly questioned then-GOP nominee Barry Goldwater’s fitness for White House duty. Several psychiatrists offered specific diagnoses. The fact that so many psychiatrists were willing to casually diagnose a person they'd never met embarrassed the profession and led to the codification of the so-called Goldwater Rule — no professional opinions on people we have not personally examined.

Dr. Goldenberg recognizes the Goldwater Rule is problematic, for a few reasons. First, the Goldwater Rule may stop professionals from offering diagnoses, but doesn't stop non-psychiatrists/psychologists from diagnosing. This results in a great deal of misinformation and misused terminology. He also suggests that not offering his opinion on Trump's mental health "feels like an abdication of moral responsibility." But he goes on to offer some great arguments about why professionals should continue to avoid diagnosing Trump, and why such diagnoses don't really matter anyway:


Casually and pejoratively tossing around psychiatric labels to describe unusual or distasteful behavior is stigmatizing to those who are suffering with mental disorders. Calling Trump, say, a narcissist, does not adequately explain his toxic behavior or exemplify the condition. I know and treat plenty of people with narcissism, and none of them publicly incite violence or malign entire ethnic groups.

As a psychiatrist, I don’t have a public opinion on Trump. As a citizen, I certainly do.

So perhaps, when it comes to diagnosing, it's best to let sleeping dogs lie. 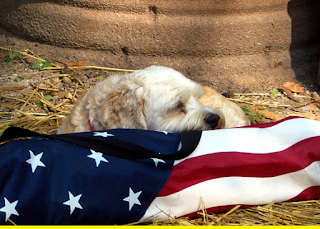