Your Brain on Sarcasm

Sarcasm is a big part of my sense of humor. My mom comments on how young I learned sarcasm. In all honesty, I probably wasn't incredibly young - the typical child is able to understand sarcasm at 6 years old.

There's a lot of research on sarcasm; on the positive side is research finding that engaging in sarcasm increases creativity, while on the negative side, research finds that sarcasm can damage relationships (though I think that's mainly true if the other person isn't sarcastic).

But what really interests me is how sarcasm is understood and the brain activity associated with sarcasm. An article in the Smithsonian Magazine highlights a host of research on sarcasm and brain activity, stating that the brain has to work harder to understand sarcasm, but that additional processing is actually good for you. An important component of understanding sarcasm is developing a "theory of mind" - the ability to understand how other people think. 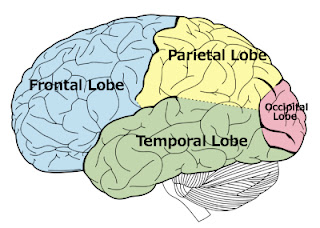 So basically, the language center on the left side of the brain examines the words, the right hemisphere and frontal lobe determine the meaning, and the right side of the prefrontal cortex combines these two pieces of information.