This isn't exactly a statistical sin, but it's probably one of the worst sins against science - buying into garbage that, even worse than being of no help, might actually kill you. It's a sign of how comfortable many in our society have become, being free from worry about life-threatening illnesses, that they begin to wonder if the things that are keeping us alive and healthy are of any use at all.

We've seen this happening for a while with vaccinations. And now, it's happening with water:


In San Francisco, "unfiltered, untreated, unsterilized spring water" from a company called Live Water is selling for up to $61 for a 2.5-gallon jug — and it's flying off the shelves, The New York Times reported.

Startups dedicated to untreated water are also gaining steam. Zero Mass Water, which allows people to collect water from the atmosphere near their homes, has already raised $24 million in venture capital, the report says.

"Almost everything conceivable that can make you sick can be found in water," one such expert, Bill Marler, told Business Insider. That includes bacteria that can cause diseases or infections such as cholera, E. coli, hepatitis A, and giardia.

In a world where 884 million people do not have access to clean water, rich people in California (and elsewhere) are paying hundreds of dollars for water that could make them sick or even kill them. Perhaps the most telling quote from the article is this one, from Bill Marler:


"You can't stop consenting adults from being stupid," Marler said. "But we should at least try."

In fact, there are a variety of explanations for why people might buy into such junk science. Not only the comfort of never having to worry about a cholera epidemic or seeing firsthand the complications of polio, but also the use of vague euphemisms, like "raw water." The price tag might also be an indicator of quality. I remember hearing a story (possibly apocryphal) about Häagen-Dazs, that it was originally less expensive with a more generic name. But when they changed the name to Häagen-Dazs and increased the price, it started flying off the shelves. Obviously, getting a celebrity or someone of influence on board can also help something take off.

Still, it's fascinating to me how some of this junk science proliferates. The pattern of diffusion for innovations is well-known, and while we know that not every innovation will take off (like the Dvorak keyboard), innovations are by their nature things that make our lives better/easier, and the ones that take off are likely the ones with the best marketing. But junk science is absolutely not an innovation, and in some cases, they make our lives worse or harder. How, then, do we explain some of the nonsense that continues to influence people's behavior? What sorts of outcomes does it take before people see the error of their ways? 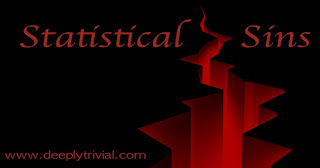