A few years ago, it seems like every smoker I knew "quit" smoking by taking up vaping. I held my tongue and didn't point out that they hadn't actually quit smoking; they quit smoking cigarettes and had started smoking something else. And despite assurances that vaping was perfectly safe, I was skeptical.

Since then, I've waited for research to show whether vaping is in fact safer. I've heard about the potential risks of vaping, such as the potential for bacterial infections for failing to clean or change the filter, as well as potential carcinogens. But I haven't seen anything more definitive - no large-scale clinical studies.

Today, I learned some of the reasons for the dearth of research into the safety of e-cigarettes. As reported in the Guardian by Dr. Rebecca Richmond and Jasmine Khouja, a lack of e-cigarette only smokers as well as propaganda have made it difficult to recruit for their research:


A recent detailed study of over 60,000 UK 11-16 year olds has found that young people who experiment with e-cigarettes are usually those who already smoke cigarettes, and even then experimentation mostly doesn’t translate to regular use. Not only that, but smoking rates among young people in the UK are still declining. Studies conducted to date investigating the gateway hypothesis that vaping leads to smoking have tended to look at whether having ever tried an e-cigarette predicts later smoking. But young people who experiment with e-cigarettes are going to be different from those who don’t in lots of other ways – maybe they’re just more keen to take risks, which would also increase the likelihood that they’d experiment with cigarettes too, regardless of whether they’d used e-cigarettes.

But e-cigarettes have really divided the public health community, with researchers who have the common aim of reducing the levels of smoking and smoking-related harm suddenly finding themselves on opposite sides of the debate. This is concerning, and partly because in a relative dearth of research on the devices the same findings are being used by both sides to support and criticise e-cigarettes. And all this disagreement is playing out in the media, meaning an unclear picture of what we know (and don’t know) about e-cigarettes is being portrayed, with vapers feeling persecuted and people who have not yet tried to quit mistakenly believing that there’s no point in switching, as e-cigarettes might be just as harmful as smoking.

So the statistical sin here isn't really something the researchers have done (or didn't do). It's an impossibility created by confounds. How does one recruit people who have only smoked e-cigarettes or who at least have very little experience with regular cigarettes? What's happening here is really an issue of contamination - a threat to validity that occurs when the treatment of one group works its way into another group. Specifically, it's a threat to internal validity - the degree to which our study can show that our independent variable causes our dependent variable. In smoking research, internal validity is already lowered, because we can't randomly assign our independent variable. We can't assign certain people to smoke; that would be unethical. Years and years of correlational research into smoking has provided enough evidence that we now say "smoking causes cancer." But technically, we would need randomized controlled trials to say that definitively.

That's not to say I don't believe there is a causal link between smoking and negative health outcomes like cancer. But that the low level of internal validity has provided fuel for people with an agenda to push (i.e., people who have ties to the tobacco industry or who otherwise financially benefit from smoking). Are we going to see the same debate play out regarding e-cigarettes? Will we have to wait just as long for enough evidence to accrue before we can say something definitive about e-cigarettes?

And for the here and now, how can one control the contamination of experience with regular cigarettes in the vaping group? And if this area of research really has become such a hot button issue, what kind of research would people on either side of the issue be willing to accept? 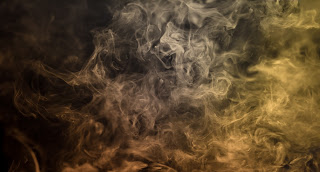