A Morning of Strong Women

I'd heard about Kesha dropping a new album and have been a few stories floating around the internet, telling women that we need to support Kesha (and others like her). As you might remember, Kesha was in the news not long ago because of ongoing legal battles with Sony Records and allegations against her producer, Dr. Luke. In fact, there was an outpouring of support from other artists to simply let Kesha out of her contract or allow her to work with a different producer - something many other artists have been allowed to do without having to take it to the court.

I don't pretend to know what actually happened. The fact that other artists who have worked with Dr. Luke have had negative things to say about him makes me think there is probably truth to her allegations. In any case, I finally listened to the first single she dropped, "Praying." And OHMYGOD is it good:


Earlier this morning, I listened to her second single, "Woman," and it's already stuck in my head:


Speaking of "I'm a motherf***in' woman," you hopefully heard about the 13th Doctor, who will be played by Jodie Whittaker. I'm only a little familiar with her work - she was on a very memorable episode of a rather disturbing (but amazing) show called Black Mirror. But I can't wait to see what she brings to the role. And for all the trolls you encounter, complaining about casting, I've created this response: 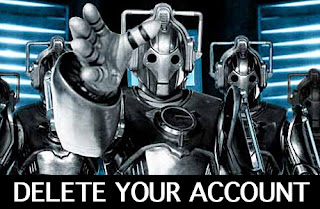