When Scientists Get Bored

I love stories about what scientists do when they find themselves in an inescapable situation - they collect data. The scientists involved in Rosenhan's On Being Sane in Insane Places gathered amazing observational data from inside mental institutions, when the original purpose of the study had simply been to get committed and see how long it takes to get released. Today, FiveThirtyEight shares another story about the crew of the USS Jeanette, who got stuck in sheets of ice and spent two years collecting detailed data about their surroundings. 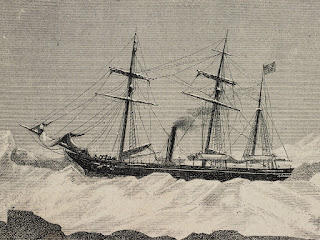 Those data are now available on OldWeather, a repository of 150 years of weather, ocean, and sea-ice observations:


Old Weather is a gathering place for more than 4,500 citizen-sleuths who are helping climate scientists map our planet’s ancient weather patterns, for free, one logbook at a time. These volunteers read and transcribe notes from sailors, hoping to map the mostly unknown history of our planet’s weather patterns.

According to Kevin Wood, an Old Weather co-founder, examining the past in this way is key to understanding the earth’s future. As Arctic ice begins to melt at faster and faster rates, scientists need to quickly gain a better understanding of climate change and the impact it could have on humans. By looking at past weather events recorded in old ship logbooks, Wood hopes that he and his fellow scientists can learn more about our planet’s traditional weather patterns, which will help them predict extreme weather events like tsunamis and hurricanes.