If you've never heard of Pentatonix, you don't know what you're missing. This 5-person group does a cappella arrangements of popular songs, and they're amazing. The group - which started as a trio - first formed 5 years ago yesterday (they found bass, Avi, through a friend, and Kevin, their amazingly talented vocal percussionist through YouTube), and the next day (5 years ago today), they auditioned for The Sing Off. 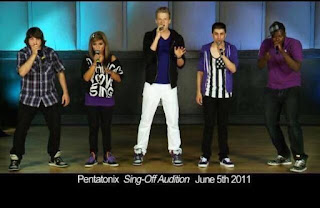 I had the pleasure of seeing them in concert last August, when they opened for Kelly Clarkson. I believe I tried taking pictures from that night, but they didn't really turn out. It was an amazing show and I was thrilled when they performed one of my favorites of their arrangements:

Their newest album, released in October of last year, debuted at number 1 on the US Billboard 200. Up to now, that would be unheard of for an a cappella group, though you could argue (as many have) that their success can be partially credited to the popularity of shows like Glee and movies like Pitch Perfect. (And you could argue, in return, that Pentatonix helped set the stage for shows like Glee and movies like Pitch Perfect to become popular.) The album also features mostly original content, rather than arrangements of popular songs. (I just bought the album the other day, and haven't had the chance to listen just yet, but I will this week!)

If you haven't already done so, check out Pentatonix's YouTube channel: 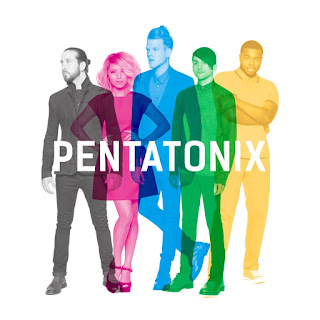