Psychology for Writers: Your Happiness Set-Point

A few years ago, a former colleague was chatting with someone about the work she did with Veterans who had experienced a spinal cord injury. The person she was chatting with talked about how miserable she would be if that happened to her, even implying that she'd rather be dead than have a spinal cord injury. Many of us who have worked with people experiencing trauma probably have had similar conversations. People believe they would never be able to happy again if they experienced a life-changing event like a traumatic injury.

On the other hand, we've also heard people talk about how unbelievably happy they would be if they won the lottery or came into a great deal of money in some way.

But you might be surprised to know that researchers have been able to collect data from people both before and after these types of events - simply because they've recruited a large number of people for a study and some people in the sample happened to experience one of these life-changing events. And you might be even more surprised to know that people were generally wrong about how they would feel after these events. People who had experienced a traumatic injury had a dip in happiness but returned to approximately the same place they were before. And people who won the lottery had a brief lift in happiness followed also by a return to baseline.

These findings offer support for what is known as the set-point theory of happiness. According to this theory, people have a happiness baseline and while events may move them up or down in terms of happiness, they'll eventually return to baseline. Situationally influenced emotions are, for the most part, temporary. You might be sad about that injury, or breakup, or financial problem, or you might be elated about that promotion, or lottery win, or new relationship for a little while, but eventually, you revert to your usual level of happiness. Everyone has their own level. Some people are happier on average than others.

This theory also explains why people who are prone to depression need to seek some kind of treatment, often in the form of therapy and medication - interventions to increase your baseline level of happiness. Money or love or new opportunities may help in the short run, but what needs to be targeted is your baseline itself. Obviously events can target your baseline - a person may have an experience that changes their way of looking at the world, for better or worse. But events that only affect your mood and don't affect your thought process or reaction are unlikely to have any lasting effects.

This is important to keep in mind when writing your characters. Situations and events can obviously push their current mood around. But for a change to be permanent, it has to do more than simply make the person happy or sad - it has to change their mindset. A divorce might make a person sad. A divorce that changes how secure a person feels in relationships or leads them to distrust others might result in a permanent change. A lottery win might make a person happy. A lottery win that helps them become financially independent, get out of a bad situation, and completely change their way of life might result in a permanent change.

Think about how your character is changing and why, to make sure it's a believable permanent change and not just a temporary happiness shift. And if it's just temporary, know that it's completely believable for your character to work back to baseline on his or her own. 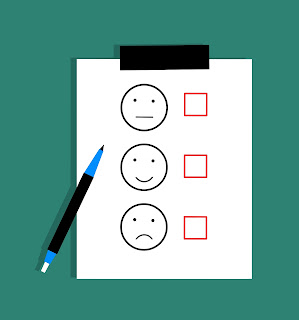