The Province of Men: Gender Bias Research on the First Day of Women's History Month

March is Women's History Month (read more about it here ). So it may be for this reason that one of my psychology list-servs sent out several links to recent research on gender disparities.

Two used freely available data to examine differences in perceptions about the quality of women's work and value of products sold by women.

The second study found that products sold on eBay by women received fewer bids and lower final prices than the same products sold by men. Unlike GitHub, gender is not available on a seller's profile, but a supplemental study by the researchers found that people could identify gender of the seller based on copy in the product posting.

Another examined the way women are perceived when they seek out positions of power or promotions/raises. They begin with Hillary Clinton as an example case (though, as they are quick to point out, a very unique one). That is, when Clinton stepped down as Secretary of State, her approval rating was 69%. Contrast that with current sentiment about Clinton, including mistrust and the perception that she is loud and angry. The author argues that approval of Clinton drops when she seeks a new position and "soars" after we've seen her do the job. It's the difference between assertive men being called a "boss" and assertive women being called "bossy" - one is a compliment, the other is harsh insult. 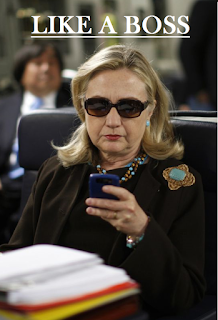 As I've blogged about before, personal characteristics like gender can be used to interpret behavior and evaluate an individual, particularly when you don't have other important information to make that evaluation (such as expertise necessary to determine what "good" looks like, or personal knowledge of the individual that outweighs these details). And any evaluation using these characteristics will draw upon stereotypes about how a member of that group is "supposed" to act. Correcting for these stereotypes is liable to be difficult, if they are firmly ingrained, and suppressing this information can result in a stronger reliance on that information (see a previous blog post about thought suppression).

So what do we do with this information? The first study, on GitHub submissions, would suggest that one correction for gender bias is simply to remove gender from the equation, by blinding evaluators to this information. Of course, this 1) isn't feasible in many cases, such as in politics, and 2) does nothing to change stereotypes about gender and expertise. We need strong women. We need women who excel in stereotypically male fields. And we need to change the way we evaluate and interpret women's behavior. Unfortunately, there's no quick way to do that, and like many cultural changes there will be some growing pains.

The only way is to keep pressing forward and pushing boundaries whenever possible. There is a compliance technique in social psychology and business that springs to mind: foot-in-the-door technique, which involves getting a person to agree to a large request through smaller, incremental requests. As the individual goes along with the small requests, that get larger over time, they may experience a change in attitude, through processes like cognitive dissonance. Each small push toward large-scale social change can bring about attitude shifts. One could argue that any policy change (women's suffrage, civil rights, changes to marriage laws) is obtained through small requests that grow over time. But for a change this large, no single person can carry the burden.