About a week ago, Boing Boing published a story with a shocking claim: you can't post performance videos of Bach's music because Sony owns the compositions.


James Rhodes, a pianist, performed a Bach composition for his Facebook account, but it didn't go up -- Facebook's copyright filtering system pulled it down and accused him of copyright infringement because Sony Music Global had claimed that they owned 47 seconds' worth of his personal performance of a song whose composer has been dead for 300 years.

You don't need to be good at math to know that this claim must be false. Sony can't possibly own compositions that are clearly in the public domain. What this highlights though is that something, while untrue in theory, can be true in practice. Free Beacon explains:


As it happens, the company genuinely does hold the copyright for several major Bach recordings, a collection crowned by Glenn Gould's performances. The YouTube claim was not that Sony owned Bach's music in itself. Rather, YouTube conveyed Sony's claim that Rhodes had recycled portions of a particular performance of Bach from a Sony recording.

The fact that James Rhodes was actually playing should have been enough to halt any sane person from filing the complaint. But that's the real point of the story. No sane person was involved, because no actual person was involved. It all happened mechanically, from the application of the algorithms in Youtube's Content ID system. A crawling bot obtained a complex digital signature for the sound in Rhodes's YouTube posting. The system compared that signature to its database of registered recordings and found a partial match of 47 seconds. The system then automatically deleted the video and sent a "dispute claim" to Rhodes's YouTube channel. It was a process entirely lacking in human eyes or human ears. Human sanity, for that matter.

Does Sony own copyright on Bach in theory? No, absolutely not. But this system, which scans for similarity in the audio, is making this claim true in practice: performers of Bach's music will be flagged automatically by the system as using copyrighted content, and attacked with take-down notices and/or having their videos deleted altogether. There's only so much one can do with interpretation and tempo to change the sound, and while skill of the performer will also impact the audio, to a computer, the same notes and same tempo will sound the same.

Automation is being added to this and many related cases to take out the bias of human judgment. This leads to a variety of problems with technology running rampant and affecting lives, as has been highlighted in recent books like Weapons of Math Destruction and Technically Wrong.

A human being watching Rhodes's video would be able to tell right away that no copyright infringement took place. Rhodes was playing the same composition played in a performance owned by Sony - it's the same source material, which is clearly in the public domain, rather than the same recording, which is not public domain.

This situation is also being twisted into a way to make money:


[T]he German music professor Ulrich Kaiser wanted to develop a YouTube channel with free performances for teaching classical music. The first posting "explained my project, while examples of the music played in the background. Less than three minutes after uploading, I received a notification that there was a Content ID claim against my video." So he opened a different YouTube account called "Labeltest" to explore why he was receiving claims against public-domain music. Notices from YouTube quickly arrived for works by Bartok, Schubert, Puccini, Wagner, and Beethoven. Typically, they read, "Copyrighted content was found in your video. The claimant allows its content to be used in your YouTube video. However, advertisements may be displayed."

And that "advertisements may be displayed" is the key. Professor Kaiser wanted an ad-free channel, but his attempts to take advantage of copyright-free music quickly found someone trying to impose advertising on him—and thereby to claim some of the small sums that advertising on a minor YouTube channel would generate.

Last January, an Australian music teacher named Sebastian Tomczak had a similar experience. He posted on YouTube a 10-hour recording of white noise as an experiment. "I was interested in listening to continuous sounds of various types, and how our perception of these kinds of sounds and our attention changes over longer periods," he wrote of his project. Most listeners would probably wonder how white noise, chaotic and random by its nature, could qualify as a copyrightable composition (and wonder as well how anyone could get through 10 hours of it). But within days, the upload had five different copyright claims filed against it. All five would allow continued use of the material, the notices explained, if Tomczak allowed the upload to be "monetized," meaning accompanied by advertisements from which the claimants would get a share. 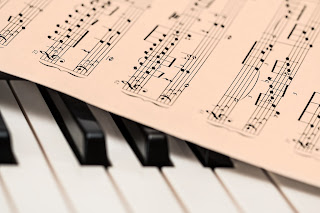