That's Not How This Works: Reinforcement, Punishment, and the Pavlok

As I've blogged many times before, I started my time in psychology as a behaviorist. I still frequently speak and think in behaviorist terms. So when I saw this device advertised on my Facebook, I kind of wanted to scream. 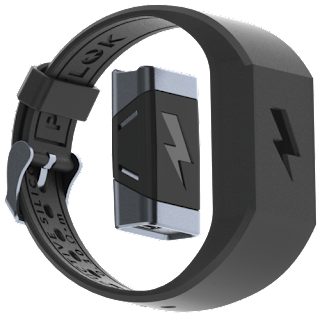 The device in question purports to be a way to break bad habits:

Here's how it works:
1) Download the app, and choose the habit you want to break.
2) Pavlok integrates with sensors, friends, and GPS to keep you on track with your goals.
3) Use the 'manual' mode for habits that aren't yet detectable.

As a friend pointed out, it's technology's answer to the rubber band on the wrist, the difference being that this device is supposed to snap the rubber band without needing any effort from you beyond being in the wrong place at the wrong time. Or with the wrong friends. Or with whatever the sensors pick up.

The thing is, punishment, which is what this device is driven by, is tricky. It has to be used in a specific way to be effective. Basically, in order to punishment to be effective, it needs to be immediate and high enough in intensity that it extinguishes the behavior immediately or very quickly. If you keep delivering the same punishment over and over again - to yourself, to your kids, to your pets, whatever - you need to find another punishment because it isn't doing what it's supposed to do.

However, punishment can come with many unintended consequences. The person may come to associate the punishment with a specific person instead of the specific action with which it is associated. It may extinguish a good behavior in the process. One of the best examples I know of came from a friend who works as a dog trainer. She is against the use of punishment when training dogs except in very specific instances - and again, she also says if you have to punish more than a few times, do something else, because the punishment isn't working. But in one instance, she was brought in to train a dog who had already been trained (unsuccessfully) by a person who primarily used punishment. The dog was very territorial around his food. He would guard it for hours, growling at anyone who came near, and finally eat it in the middle of the night when no one was around.

She started training, using reinforcement. Things were going well, the dog was responding, and wagging his tail. Suddenly, he bit her. Why? Because the punishment used in his previous training had extinguished a behavior: growling. But growling serves an important purpose; it is a warning that a dog is about to bite. So now the dog went straight from happy tail-wagging to biting with no warning signs.

When I used to teach learning and behavior, I had my students complete a behavior modification project, where they selected a behavior about themselves (or in some cases, another, often a pet) they wanted to change, and came up with a plan to do that. While I had some propose punishment in their project, I generally talked them out of it, or coached them on how to use it properly (in isolated cases) while mostly depending on reinforcement. Those who insisted on keeping the punishment more often than not ended up dropping it from their project, focusing instead on reinforcement, because they found it just wasn't as effective. Working toward some kind of reward was far more motivating than avoiding some kind of punishment. Another approach I suggested instead is response prevention - keep the behavior from happening entirely rather than punishing when it does. Once again, this approach is far more effective, especially when combined with a reward for avoiding the behavior completely.

So if you really want to break that bad habit, give yourself some small rewards for resisting while working your way up to a bigger reward, and avoid situations where you would be likely to give into the bad habit. And if you really need to include punishment in your modification plan, find something you'll work hard to avoid. Don't use a human shock collar.
by Sara at 2:22 PM