Doggy Reception at the Cell

Last night was my first Sox game at US Cellular Field (the Cell). It turns out last night was also another momentous occasion: it was their annual Bark at the Park event, where fans attend the game with their dogs! 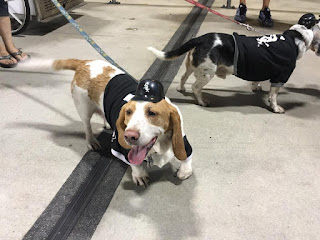 This year, they set a world record for most dogs at a sporting event:


The Sox set out to achieve the record for their annual “Bark at the Park” event, and a Guinness World Record adjudicator was on hand to verify the record and award the club with a certificate for the feat. The Sox needed a minimum of 1,000 dogs in attendance for the record, and the dogs had to remain in their outfield seats for a period of 10 minutes, starting at the top of the third inning, in order for the record to count. 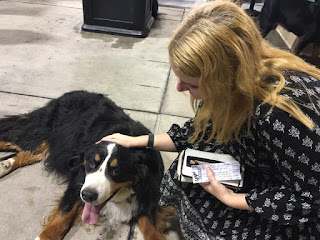 Email ThisBlogThis!Share to TwitterShare to FacebookShare to Pinterest
Labels: dogs and puppies, trivial