The Pillars of Creation

About 7,000 light years away are the Pillars of Creation, a collection of clouds and dust in the Eagle Nebula. Inside the pillars, gravity works to pull the gas onto new and existing stars, while heat from internal and external stars expel and evaporate the gas. The picture (actually a composite of many pictures) of the pillars taken in 1995 is perhaps one of the most famous pictures of objects in space: 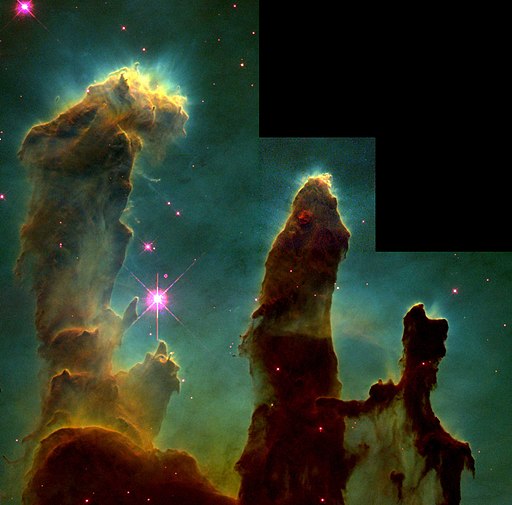 In 2007, NASA released the results of a study saying the Pillars of Creation were toppled about 6,000 years ago, when a star went supernova about 8,000 years ago, destroying the pillars over the next 2,000 years. Because the pillars are 7,000 light years away, we won't be able to see that they've been destroyed for another 1,000 years.

However, an article by Ethan Siegel suggests the pillars have not been destroyed after all:


At 7,000 light years away, the Eagle Nebula is one of the night sky’s most accessible and spectacular nebulae. It was discovered back in 1745, and shortly thereafter was recognized to be an active star-forming region, as the surefire signature of ionized hydrogen was seen in abundance. A large cluster of newborn stars can be found inside, consisting of over 8,000 stars, which is the primary cause of the nebula’s shape.

[I]n 2015, to celebrate Hubble’s 25th anniversary in space, NASA revisited these pillars, and the 20 year baseline between the original 1995 image and the new 2015 one provided insights that strongly refuted the already-destroyed pillars theory.

The 20-year follow-up showcased not only features that couldn’t be seen before, such as additional details, greater wavelength coverage, and a larger field of view. But the greatest and most important advance is the fact that the 20-year baseline allowed us to view changes over time. In the tip of the largest pillar, for example, we were able to not only identify an ejected jet, but to track the extent of its changes. With the incredible resolution of Hubble, we could determine that the size of it, over that additional time, expanded by an extra 100 billion kilometers: 1000 times the Earth-Sun distance, meaning that the stream is moving at 200 km/s.

Moreover, the best evidence for changes comes at the base of the pillars, indicating an evaporation time on the order of between 100,000 and 1,000,000 years. The idea that the pillars have already been destroyed has been demonstrated not to be true. It’s one of the great hopes of science that any controversial claims will be laid to rest by more and better data, and this is one situation where that has paid off in spades. Not only has there not been a supernova that’s in the process of destroying the pillars, but the pillars themselves should be robust for a long time to come.

Here's how the pillars looked in the 2015 photo: 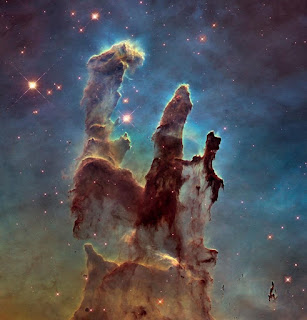 Time to witness another great instance of birth/rebirth - the editing of a Wikipedia article. When I checked just now, the nebula article still states the pillars have been destroyed. Let's see how long it takes for that to change: 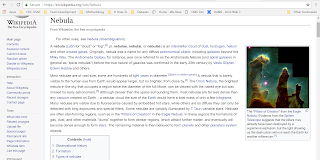