This is How Rumors Get Started

After seeing yet another email forward conspiracy theory from his parents, a friend of mine simply started responding with a link to Snopes. Every. Time. And I've certainly encouraged my relatives to do some research on a fact-checker site like Snopes before passing something on.

The thing is, we're all guilty of believing stories with no basis in reality, and recent efforts by social media sites like Facebook and Twitter have done little to stave off misinformation. In fact, there's every reason to believe that Facebook and Twitter make the issue worse:


For all the suspicions about social media companies’ motives and ethics, it is the interaction of the technology with our common, often subconscious psychological biases that makes so many of us vulnerable to misinformation, and this has largely escaped notice.

Skepticism of online “news” serves as a decent filter much of the time, but our innate biases allow it to be bypassed, researchers have found — especially when presented with the right kind of algorithmically selected “meme.”

At a time when political misinformation is in ready supply, and in demand, “Facebook, Google, and Twitter function as a distribution mechanism, a platform for circulating false information and helping find receptive audiences,” said Brendan Nyhan, a professor of government at Dartmouth College (and occasional contributor to The Times’s Upshot column).

Digital social networks are “dangerously effective at identifying memes that are well adapted to surviving, and these also tend to be the rumors and conspiracy theories that are hardest to correct,” Dr. Nyhan said.

One reason is the raw pace of digital information sharing, he said: “The networks make information run so fast that it outruns fact-checkers’ ability to check it. Misinformation spreads widely before it can be downgraded in the algorithms.”

This is especially problematic when you consider recent survey research finding that two-thirds of Americans get at least some news from social media. 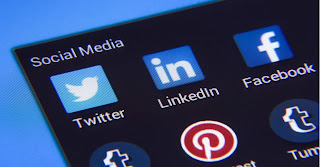