In yet another instance of science imitating science fiction, scientists figured out how to create a human hive mind:


A team from the University of Washington (UW) and Carnegie Mellon University has developed a system, known as BrainNet, which allows three people to communicate with one another using only the power of their brain, according to a paper published on the pre-print server arXiv.

In the experiments, two participants (the senders) were fitted with electrodes on the scalp to detect and record their own brainwaves—patterns of electrical activity in the brain—using a method known as electroencephalography (EEG). The third participant (the receiver) was fitted with electrodes which enabled them to receive and read brainwaves from the two senders via a technique called transcranial magnetic stimulation (TMS).

The trio were asked to collaborate using brain-to-brain interactions to solve a task that each of them individually would not be able to complete. The task involved a simplified Tetris-style game in which the players had to decide whether or not to rotate a shape by 180 degrees in order to correctly fill a gap in a line at the bottom of the computer screen.

All of the participants watched the game, although the receiver was in charge of executing the action. The catch is that the receiver was not able to see the bottom half of their screen, so they had to rely on information sent by the two senders using only their minds in order to play.

This system is the first successful demonstration of a “multi-person, non-invasive, direct, brain-to-brain interaction for solving a task,” according to the researchers. There is no reason, they argue, that BrainNet could not be expanded to include as many people as desired, opening up a raft of possibilities for the future. 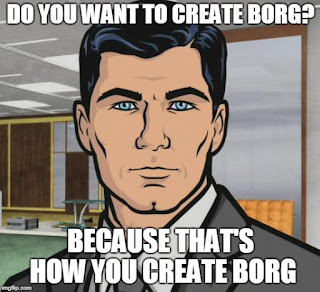