The University of Georgia and Georgia Institute of Technology recently collaborated on a fascinating project - using AI to decode chicken language:


In a series of studies published between 2014 and 2016, Georgia Tech research engineer Wayne Daley and his colleagues exposed groups of six to 12 broiler chickens to moderately stressful situations—such as high temperatures, increased ammonia levels in the air and mild viral infections—and recorded their vocalizations with standard USB microphones. They then fed the audio into a machine-learning program, training it to recognize the difference between the sounds of contented and distressed birds.

“It’s really interesting work, fairly ingenious and logical,” says Wallace Berry, a poultry scientist at Auburn University’s College of Agriculture who was not involved in the studies. “Chickens are a very vocal species, and as a poultry farmer you can always use more data to make better decisions. This is a great way to continuously filter all the information available in a chicken house and learn as soon as possible that something is wrong.”

Next step - learn how to speak to chickens, and ask them the question we've asking for years: 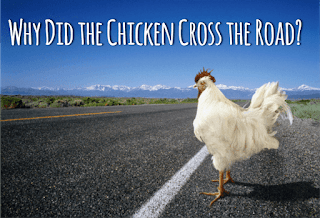