We all have moments of self-doubt, where we ask ourselves if we made the right choice. And I'm experiencing some of that right about whether I picked the right area of research, right after reading an article about research using dogs and remote controlled cars.

Yes, you read that right. Puppies and toys. What have I been doing with my life?!

The study was about contingent reactivity - basically, a direct and predictable connection between one's actions and a partner's response. Temporal contingency refers to the immediacy of the action and the response, and it can be considered an indicator of causality: if an action is followed immediately by a response, it's more likely that the action caused the response than if there is a lag in between. The researchers built off of prior work with dogs, showing that dogs prefer to choose an object approached by a person. However, instead of using people, they used a stuffed animal strapped to a remote controlled car.

The study had three phases: observation of the interaction, target approach, and choice. During the observation phase, they manipulated temporal contingency with three conditions: perfect, high-but-imperfect (where the stuffie responded to 2/3 of the commands), and low (where the stuffie responded to 1/3 of the commands). They did this to manipulate whether the dogs attributed agency (control) to the stuffie; they hypothesized that the dogs would be most likely to attribute agency in the perfect condition, and that this would lead the dogs to follow the stuffie's lead in the choice stage. After this observation, during the target approach stage, the stuffie approached one of two tennis balls. Afterward, the dog had to choose which ball to approach. 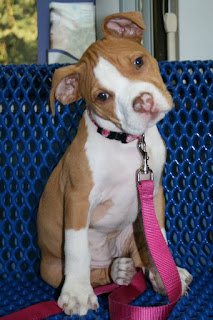 They found that dogs selected the tennis ball chosen by the stuffie most frequently in the perfect condition (significantly more than chance), less so in the high-but-imperfect condition, and the least in the low condition (though the latter two findings were not significant, instead showing a linear trend). The authors argue that this is because the dogs were paying more attention to the actions of the stuffie when they perceived it as an agent - something that acts of its own volition. This has some really important implications. As the authors state:


"dogs might be able to identify an agent whose behavior should be monitored, even if that agent is unfamiliar to them. Agent identification, therefore, might help dogs to differentiate between social and non-social interactions, a skill that could also help them to determine whether an action is relevant."

BTW, the authors have also added their study to the Open Science Framework.
by Sara at 9:49 AM