Today I visited a new brewery in the Upper Peninsula of Michigan: Brickside Brewery 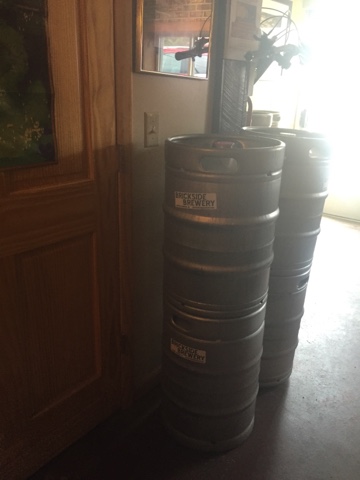 A small outfit in Copper Harbor, I've been seeing their billboards around town and stumbled on their taproom by accident. I tried three samples while I was there: the U.P. IPA, Park Bench Porter, and Stone Ship Stout. 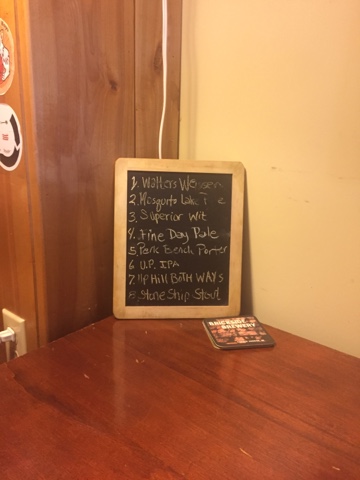 The Porter had a nutty flavor, kind of like a pecan or hazelnut ale. Good sipping beer.

The stout was bittersweet with a little blackberry. Good but not the best stout I've had.

They sell samples and pints in the taproom, as well as two choices in growlers: glass and steel. The steel one is about three times the cost initially, but I'm told keeps the beer cold for hours. A couple sitting next to me took one to the golf course and it stayed cold the whole time.

They also decorated the bar with quotes, including one of my favorite beer quotes: 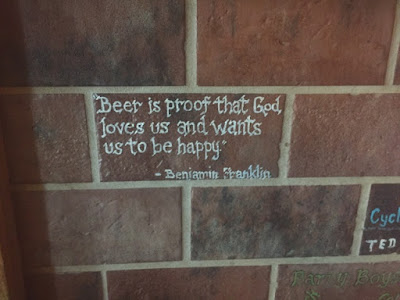