As a long-time fan of horror movies, something I've blogged about many times, I've always been fascinated by the paranormal. I'm not sure how much of it I really believe in, however, and as a scientist, I tend to be instantly skeptical of any claims of paranormal activity. Of course, being skeptical is helped by having a little bit of knowledge of potential alternative explanations.

Yesterday, a friend shared this article with me, which lists 23 haunted places one can visit. The Stanley Hotel has been on my list for a while now, mostly because of horror movie fandom (it was used as the Overlook Hotel in The Shining). And I recently learned about Bachelor Grove Cemetery, not far from where I live.

One item on the list instantly jumped out to me as having perfectly rational, natural explanations for the phenomenon. This was #3: Hoia Baciu Forest in Romania. In the brief blurb, it is stated that people feel anxious and as though they are being watched when entering the forest, and local legend is that people who enter the forest never return home. 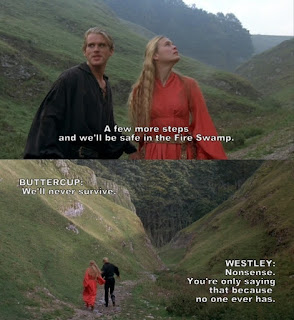 Here's what the site has to say about what people experience:


Many of the locals who have been brave enough to venture into the forest complained of physical harm, including rashes, nausea, vomiting, migraines, burns, scratches, anxiety, and other unusual sensations...

Moreover, the electronic devices are known to malfunction when introduced into the area...

The Hoia-Baciu Forest ( World’s Most Haunted Forest ) has a reputation for paranormal and unexplained activity and people have witnessed numerous strange events on the land. The most common phenomenon includes the sudden appearance of mysterious orbs of light. People also report hearing disembodied female voices breaking the heavy silence, giggling and even apparitions.

After reading this, it seems to me that Hoia Baciu Forest is a hotbed... of electromagnetic field activity. EM fields are present naturally on our planet, created by the activity of the planet's core. These EM fields allow us to create compasses, among other things. Of course, in some places on the planet, where the crust is thinner, the strength of the EM field can be stronger. This is one explanation for the strange phenomenon in the Bermuda Triangle. Planes get lost there, people speculate, because the EM fields are so strong they mess with the instruments. Strong EM fields can render electronic equipment useless.

So that might explain the impact on electronic devices, and people getting lost and never returning. But what about the physical harm and apparitions? EM fields also have interesting effects on people: nausea, rashes, paranoia, feelings of being watched, even auditory and visual hallucinations. Though EM fields probably don't produce scratches, they do produce disorientation, which could lead people to get scratched by tree branches - maybe without even remembering that happened.

On the show, Ghost Hunters, one of the more systematic of paranormal investigation shows, what's the first thing they check when entering a supposed haunted house? The electrical panel, to make sure the EM fields it generates are within normal levels. I remember one episode where people reported the exact feelings I mentioned above, and they told them it was their electrical panel, not a ghost.

But the best tool I have to fuel my skepticism about the paranormal is a great book by Mary Roach: 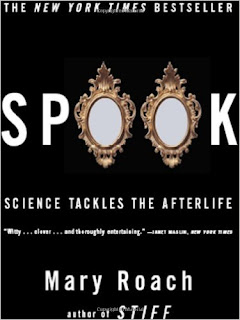 She outlines research on EM fields, and even sits in a booth that generates EM fields - and reports many of the effects people experience in Hoia Baciu. Other chapters deal with other explanations for paranormal activity, such as objects moving on their own and/or levitating. Whether you're a believer in the supernatural or not, I highly recommend the book!