What Makes a Song (More) Popular

Earlier this week, the Association for Psychological Science sent out a press release about a study examining what makes a song popular:


Researchers Jonah Berger of the University of Pennsylvania and Grant Packard of Wilfrid Laurier University were interested in understanding the relationship between similarity and success. In a recent study published in Psychological Science, the authors describe how a person’s drive for stimulation can be satisfied by novelty. Cultural items that are atypical, therefore, may be more liked and become more popular.

“Although some researchers have argued that cultural success is impossible to predict,” they explain, “textual analysis of thousands of songs suggests that those whose lyrics are more differentiated from their genres are more popular.”

The study, which is was published online ahead of print, used a method of topic modeling called latent Dirichlet allocation. (Side note, this analysis is available in the R topicmodels package, as function LDA. It requires a document term matrix, which can be created in R. Perhaps a future post!) The LDA extracted 10 topics from the lyrics of songs spanning seven genres (Christian, country, dance, pop, rap, rock, and rhythm and blues):
Overall, they found that songs with lyrics that differentiated them from other songs in their genre were more popular. However, this wasn't the case for the specific genres of pop and dance, where lyrical differentiation appeared to be harmful to popularity. Finally, being lyrically different by being more similar to a different genre (a genre to which the song wasn't defined) had no impact. So it isn't about writing a rock song that sounds like a rap song to gain popularity; it's about writing a rock song that sounds different from other rock songs.

I love this study idea, especially since I've started doing some text and lyric analysis on my own. (Look for another one Sunday, tackling the concept of sentiment analysis!) But I do have a criticism. This research used songs listed in the Billboard Top 50 by genre. While it would be impossible to analyze every single song that comes out a given time, this study doesn't really answer the question of what makes a song popular, but what determines how popular an already popular song is. The advice in the press release (To Climb the Charts, Write Lyrics That Stand Out), may be true for established artists who are already popular, but it doesn't help that young artist trying to break onto the scene. They're probably already writing lyrics to try to stand out. They just haven't been noticed yet. 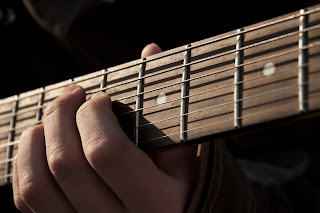