Banned Books Week: What Will You Be Reading?

Alison Flood of The Guardian explains:


[Banned Books Week] was launched in the US in 1982, to mark what the American Library Association (ALA) said was a sudden surge in attempts to have books removed or restricted in schools, bookshops and libraries. Since then, more than 11,300 books have been “challenged”, with last year’s most controversial title the award-winning graphic novel This One Summer by Mariko and Jillian Tamaki – “because it includes LGBT characters, drug use and profanity, and it was considered sexually explicit with mature themes,” said the ALA.

Almost all of the books on its annual list of challenged books are picture books and young adult novels, flagged because of sexual content, transgender characters or gay relationships. The only exception on this year’s list, the Little Bill series, was challenged because of the high-profile sexual harassment claims against their author, comedian Bill Cosby.

The Banned Books Week website offers many resources, including where to celebrate.

What will you be reading? 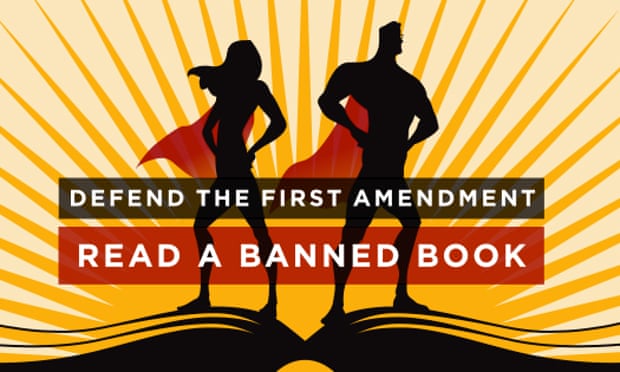