End of an Era

Yesterday, in my cab ride home from the eye doctor, I had a long conversation with my driver, who was born in Africa, moved to New York City, and moved to Chicago just 3 weeks after 9/11. Working just blocks away from the World Trade Center, he watched the attacks happen. He had an incredible story to tell, and we both bonded over our mutual love of our beautiful city. Last night, President Obama was also in this beautiful city, delivering his farewell address. I wish I could have been there. In case you missed it, or want to relive it, you can read the full transcript and watch video here. 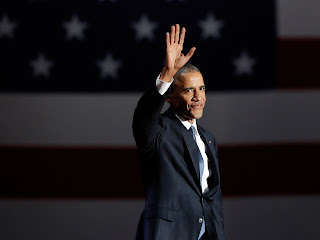 And now the real terror of what is to come over the next four years sets in. As reported by The Daily Parker, Trump currently has an approval rating of 37%, the lowest of any incoming president since these data began being recorded in 1953, and putting him on par with discredited leaders right before leaving office. He can probably expect a bump following his inauguration, but Trump's presidency will likely be anything but typical.

In fact, he's made yet another appointment that has scientifically-minded folks fearing for the future: Robert F. Kennedy Jr. has been asked to chair a commission on vaccination and scientific integrity. Oh, by the way, he's gone on record as saying he believes the DISCREDITED claim that vaccines cause autism. Exactly who you want leading a committee on scientific integrity - someone who believes a study that was completely fraudulent, that was retracted, and the author/researcher stripped of his medical license.