I've joked in years past about creating an NCAA bracket based on which mascot I think would win in a fight. I decided to sit down and put one together for the first round, and because I didn't have time to post until now (when round 1 and for some games round 2 is already over), we can see how this bracket did!

Jayhawks (1) v. Governors (16) - The first matchup is a mythical bird against a politician. In cases where the mascot is made up, I based my assessment of that mascot's abilities based on drawings and logos. You may call me biased, but in this case, I decided that the Jayhawk would win. 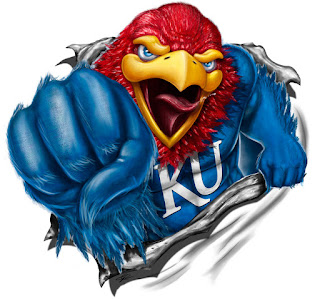 Buffaloes (8) v. Huskies (9) - While anyone who knows me know I'm partial to puppies, I picked buffaloes. 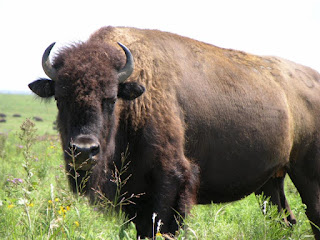 Terrapins (5) v. Jackrabbits (12) - So for this matchup, I had to ask an important question: what the heck is a terrapin? After some googling, I discovered it's a turtle.

I hope you laughed as hard as I did when you realized this matchup is between the tortoise and the hare. 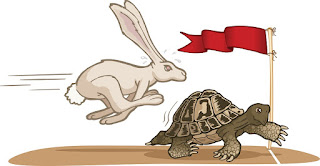 We all know how that story turned out. The tortoise and the hare race; the hare, confident in his win, decides to take a nap, but oversleeps and ends up losing. Thus the moral of the story: naps are fine in moderation, but not when you have something important to do.

Anyway, even though the match is a fight instead of a race, I picked the terrapin.

Golden Bears (4) v. Rainbow Warriors (13) - This would likely be a fierce battle between the warrior and the bear, but I think the bear would emerge victorious.

Wildcats (6) v. Shockers (11) - Contrary to what I originally thought, the "shocker" is not a bolt of electricity. Rather, it refers to shocking (harvesting) wheat. No offense to farmers, but my money would be on the wildcat. 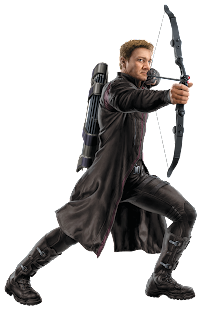 The logo, however, is a rather pissed off looking hawk, which would probably defeat an owl in a fight.

Wildcats (2) v. Bulldogs (15) - These are two of the most common mascots from the tournament. In fact, even my alma mater were the wildcats. But has anyone ever looked up 'wildcat' before? They're not that impressive:

Wildcats are about the size of housecats. While bulldogs aren't a lot bigger, they could easily win in a fight.

Ducks (1) v. Crusaders (16) - The crusaders would probably eat the duck for dinner.

Hawks (8) v. Bearcats (9) - Contrary to their name, bearcats aren't the perfect combination of bear and big cat. They're more like pandas or raccoons. In which case, the hawk would probably win.

Blue Devils (4) v. Seahawks (13) - Seahawks sound pretty tough, and in just about any other matchup, they'd probably win. But they would probably be outclassed by devils - blue or otherwise. 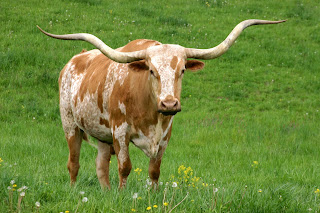 longhorns are pretty docile. A panther could easily take one out.

Aggies (3) v. Phoenix (14) - An "aggie" is actually a shortening of the word "agriculture." So this matchup is between a farmer and a phoenix. Seeing as how the phoenix can't really be killed, it would probably win.

Sooners (2) v. Roadrunners (15) - "Sooner" is a nickname for southern settlers, who could probably best a roadrunner, as long as they don't get their products from Acme. 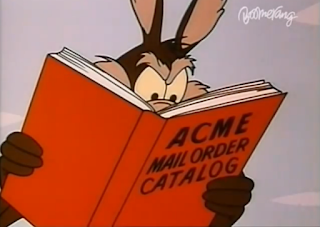 Tar Heels (1) v. Eagles (16) - A "tar heel" is a person from North Carolina. I think an eagle would probably win in a fight, mostly because when I think of "person v. eagle" I think of this:

Trojans (8) v. Friars (9) - I'm sure friars could do some damage if they absolutely had to fight, but trojans would probably be better equipped.

Wildcats (4) v. Seawolves (13) - Just like seahawks, seawolves would probably be pretty tough, especially against a housecat.

Fighting Irish (6) v. Golden Hurricanes (11) - Once again, my money is on Mother Nature.

Mountaineers (3) v. Lumberjacks (14) - This would be an amazing battle between two nearly-equally-armed foes, but I think the lumberjacks would ultimately win.

Badgers (7) v. Panthers (10) - The badger could probably do some damage (at least, if it's a honey badger) but the panther would probably be better at fighting.

Musketeers (2) v. Wildcats (15) - Another wildcat matchup. I would choose musketeers.

Cavaliers (1) v. Pirates (16) - This was a tough one, though not as tough as another match below. I think the cavaliers might be better armed than the pirates in a one-on-one fight.

Red Raiders (8) v. Bulldogs (9) - I would never condone armed men going after a bulldog. But if it had to happen, I'd bet on the raiders.

Boilermakers (5) v. Trojans (12) - Though Trojans would probably win other matches, I'm not sure they could take on a guy with a blowtorch.

Actual outcome: Nope - bulldogs win! I really need to have more faith in the bulldog.

Flyers (7) v. Orange (10) - I had no clue what to make of this one. If you base this match entirely on mascot appearance, you have a wing versus an anthropomorphized piece of fruit. I seriously flipped a coin to pick the winner: orange.

Spartans (2) v. Raiders (15) - Again, a close match, but I think the spartans would ultimately win the day. 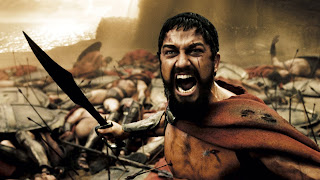