Statistics Sunday: What Fast Food Can Tell Us About a Community and the World

Two statistical indices crossed my inbox in the last week, both of which use fast food restaurants to measure a concept indirectly.

First up, in the wake of recent hurricanes, is the Waffle House Index. As The Economist explains:


Waffle House, a breakfast chain from the American South, is better known for reliability than quality. All its restaurants stay open every hour of every day. After extreme weather, like floods, tornados and hurricanes, Waffle Houses are quick to reopen, even if they can only serve a limited menu. That makes them a remarkably reliable if informal barometer for weather damage.

The index was invented by Craig Fugate, a former director of the Federal Emergency Management Agency (FEMA) in 2004 after a spate of hurricanes battered America’s east coast. “If a Waffle House is closed because there’s a disaster, it’s bad. We call it red. If they’re open but have a limited menu, that’s yellow,” he explained to NPR, America’s public radio network. Fully functioning restaurants mean that the Waffle House Index is shining green.

Next is the Big Mac Index, created by The Economist:


The Big Mac index was invented by The Economist in 1986 as a lighthearted guide to whether currencies are at their “correct” level. It is based on the theory of purchasing-power parity (PPP), the notion that in the long run exchange rates should move towards the rate that would equalise the prices of an identical basket of goods and services (in this case, a burger) in any two countries.

You might remember a discussion of the "basket of goods" in my post on the Consumer Price Index. And in fact, the Big Mac Index, which started as a way "to make exchange-rate theory more digestible," it's since become a global standard and is used in multiple studies. Now you can use it too, because the data and methodology have been made available on GitHub. R users will be thrilled to know that the code is written in R, but you'll need to use a bit of Python to get at the Jupyter notebook they've put together. Fortunately, they've provided detailed information on installing and setting everything up. 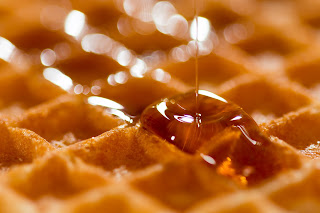