When I started getting ready for this blog series, I added some posts to writer groups I belong to, asking people to describe some of the tropes in fiction that drive them crazy. One person commented on how head injuries are portrayed in fiction, and many replied with similar frustrations: people are knocked unconscious for a time and wake up sometime later with no lingering issues, bumps to the head are used to recover memories, and of course, the whole "don't let someone suffering from a concussion fall asleep" nonsense.

Two jobs ago, I worked as a researcher for the Department of Veterans Affairs. Though I didn't study this topic of head injuries myself, many of my colleagues did. (I've also suffered a couple of those in my lifetime, so I can talk about some of the experience firsthand.)

Traumatic brain injury, or TBI, is the medical term for a head injury. I was originally going to write this post on TBI, but realized that would make for a very long post - or else, a post in which I gloss over a lot of detail. So instead, I'm going to talk specifically about amnesia.

TBI is usually classified into one of three categories: mild, moderate, and severe. But any insult to the brain can bring with it side effects. The person suffering the head injury will probably experience what's called "post-traumatic amnesia," where they may lose their memory of things happening just before and/or just after the event. And they probably won't remember the experience of hitting their head at all. For a mild head injury, the individual may have a more severe bout of amnesia that comes on later, but will still be short-term. In fact, the delay between the head injury and this amnesia can also be seen as an indicator of severity. For more severe head injuries, amnesia and other neurological symptoms, like seizure, may be almost immediate.

The length of this experience of amnesia is also related to severity. For extremely mild injuries, post-traumatic amnesia may last only a few minutes. For a severe injury, it can last days.

And no, another blow to the head won't bring the memory back. In fact, a new head injury shortly after an old one is very bad, because the brain can't heal itself as well. Too many injuries, and the brain may be unable to heal itself at all. This is why retired professional football players have disorders that look like dementia. Their brain has essentially become scar tissue.

For me, the amnesia happened about 3 hours after the injury - I couldn't respond to questions about who I was, who my family was, the day, or my dog's name (all questions my mom asked me). I remember this feeling odd but not as terrifying as you might think. In fiction, amnesia sufferers wander around terrified, asking who they are. But for me, it was more like the answers to these questions were on the tip of my tongue, and with just a little more time, I could answer all of them. Less "Oh my god, I don't remember!" and more "That's strange. I swore I knew that." So at some level, I knew that I had the answers to these questions somewhere in my brain. 28 years later, I still remember all of this, and all of the questions I was asked at the time. The only memory I have never recovered is the second when my head came in contact with the wall. (The experience in the ER is also a bit fuzzy, but mostly because I kept falling asleep - I was exhausted by that point. And I slept a lot in the months after, as I recovered.)

I was feeling back to normal, memory-wise, within a few hours. Now, there are longer-term side effects of a head injury - things like fatigue, insomnia, and intermittent memory issues, which comprise what's known as post-concussive syndrome. Another post for another day.

So amnesia via head injury is generally short-term unless the person is severely injured, and at that point, a little amnesia may be the least of the person's worries.

It's actually much more believable for someone to experience amnesia as a result of some kind of psychological trauma. Dissociation is a psychological term for when a person loses his or her sense of self, and encompasses a handful of related disorders. What was previously known as multiple personality disorder is a dissociative disorder, now called dissociative identity disorder. Dissociation becomes a defense mechanism to protect oneself from re-experiencing trauma.

During dissociative fugue - a much better explanation if you want a character to wander into a town with no memory - the person will often run away from their life and commitments. (In fact, the word "fugue" comes from the Latin word for flight.) While in this state, the person may forget who they are and details of their life. It isn't unusual for a person in a fugue to assume another identity, likely because they realize they need one to function. They probably won't appear to be in immediate distress. After all, the fugue was brought on to escape distress, and to most observers, the person will appear normal. The person may eventually come out of the fugue, but it's harder to predict. Unlike a head injury, which has a physical cause, and therefore a clear trajectory of healing, the block here is psychological and will exist as long as the person needs protection from whatever is causing distress.

Finally, there's a type of dissociation/amnesia many have experienced - alcohol-induced blackouts. Once again, short-term and physical in cause. The hangover will probably last longer than the amnesia itself. 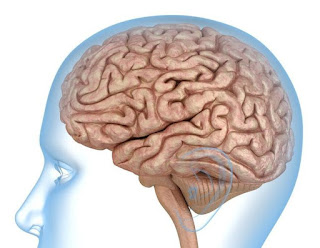