On the Brain, Learned Helplessness, and Self-Improvement

As I was out to lunch today with a friend, I heard a TV show host once again bring up the old myth that you only use 10% of your brain. In the story, she was talking about what people will look like in 10,000 years. Spoiler alert: We have bigger eyes and darker skin. She mentioned that we'd probably also be capable of using more of our brains at that point. 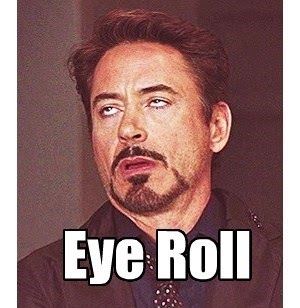 Why does this myth prevail despite its obvious falsehood? After all, if you really sit down and think logically about all the things your brain does (beyond conscious thought), the amount of body energy the brain uses, and the significant impact of insults to the brain (such as stroke or injury), you would have to conclude that we use much more than 10% of it.

One reason this myth may prevail is potential. Or rather, the desire of people to believe they have untapped potential. Believing that you can improve in some way is incredibly motivating. On the other hand, believing that you lack any potential can result in stagnation and inaction (even when you actually can do something).

Some of the early research in the concept of learned helplessness involved putting dogs in no-win situations. The dogs were paired (yoked) with another dog who learned a task. If the learner dog behaved incorrectly, it received a shock - but so did the helpless dog. So while the learner dog received cues that would warn of an impending shock, and could change its behavior to avoid the shock, the helpless dog did not and could not. When the helpless dog was put in the learner dog's place, it did nothing to avoid the shocks. The helplessness of its prior, yoked situation carried over into the learning situation, and prevented the dog from seeing how its behavior could affect the outcome. Later research has demonstrated humans can also exhibit learned helplessness, and this concept has been used to describe the behaviors of survivors of domestic abuse.

The desire for self-improvement, an outcome of the belief in potential, drives a great deal of our behavior. For instance, I learned that one of the most popular Christmas presents this year was the FitBit, a wearable device that tracks activity. I also received a FitBit for Christmas and have so far really enjoyed having it. Not only does it tell me what I'm already doing (number of steps, hours of sleep, and so on), it gives me data that can be used for self-improvement.

With New Year's upon us, many people will probably begin a path to self-improvement through New Year's resolutions. Look for a post about that (hopefully) tomorrow!